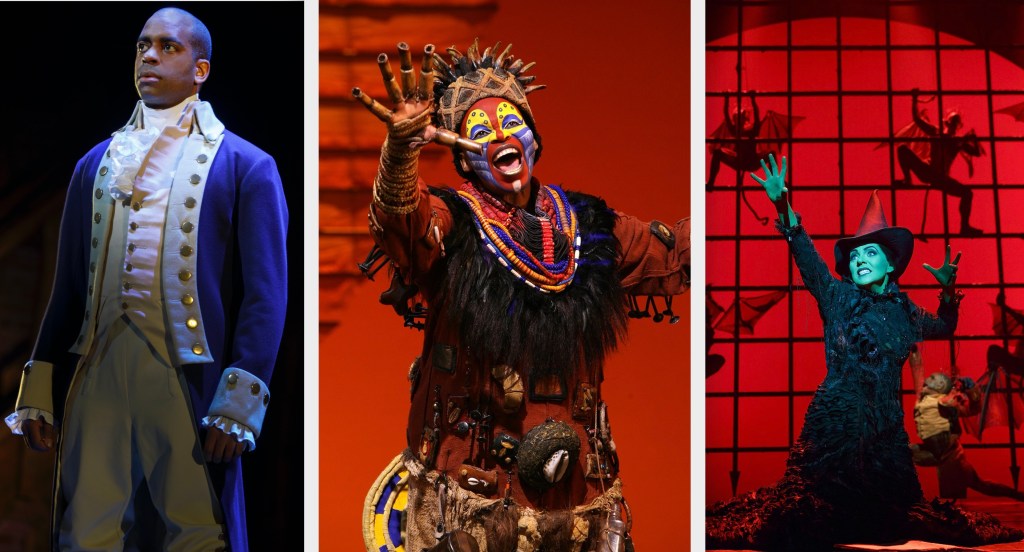 Tickets are on sale today. All three shows are housed in Nederlander Organization theaters (see below for details).

The triple announcement was made on ABC’s Good Morning America today by cast members from each production: Alexandra Billings, Madame Morrible from Wicked; Krystal Joy Brown, Eliza from Hamilton; and L. Steven Taylor, Mufasa from The Lion King.

In a press announcement, the producers noted that “this rare alliance between three of Broadway’s fan favorites sends a message that Broadway is united in its commitment to ending a devastating period of hardship for the tens of thousands who make their living directly on Broadway shows and the tens of thousands in dependent industries.”

Casting was not announced; playing schedules for upcoming Broadway productions might vary from the standard eight-performance schedules; check purchase sites for details.

According to producers, the three musicals combined have played to 176 million audience members in dozens of countries around the globe, and on Broadway alone have employed nearly 1,000 performers during their runs.

With casting yet to be announced, social media’s Broadway fans can continue their speculation about the hidden meaning behind Lin-Manuel Miranda’s newly longish hair: The Hamilton creator and original star of the smash musical famously cut his long locks after leaving the show in 2016 but recently appeared in an NBC News interview sporting a tightly-coiled man bun, leading to speculation that he was prepping for a return to the Broadway role that brought worldwide fame.