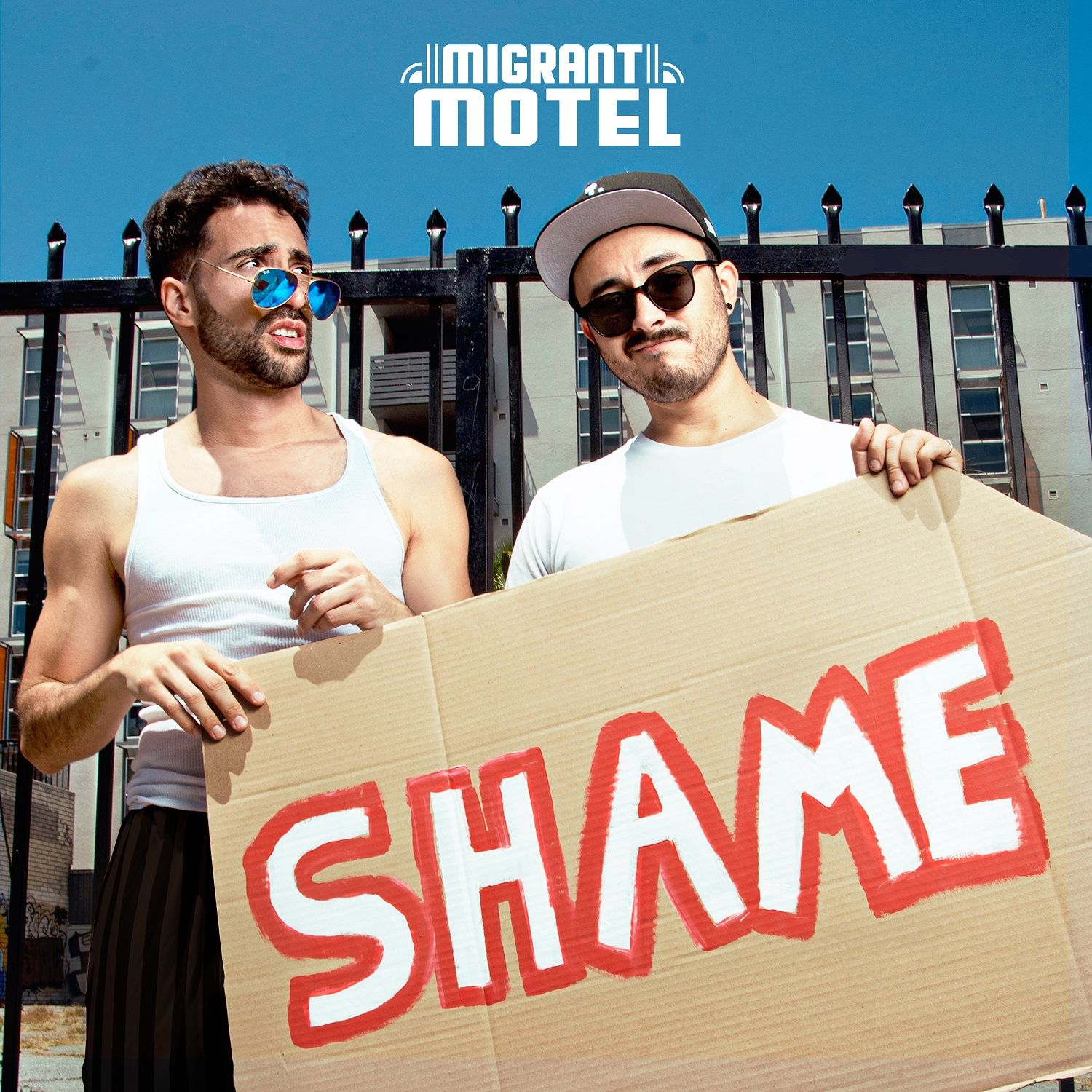 There’s not much – if anything – about Migrant Motel’s “Shame” that would qualify as typical by mainstream standards. For example, take the hook in the chorus; David Stewart is pushing the vocal track hard into the synths in the background, but their clash is anything but discordant.

They’re fused as one, peppered with a seductive percussive texture and magnified by a scooped EQ in the mix that, despite being associated with rock and metal more than it is electropop, makes perfect sense for this particular song. Migrant Motel is all about making music that goes against the grain without spilling into the pitfalls that come with avant-gardism, and in “Shame,” we’re able to get a sense of what the project is capable of doing with an admittedly barebones composition.

We’ve got a clubby energy to the beat here, but it’s not over the top at all. This track, for all of its fireworks and cosmetic camp, is a ballad through and through, and yet the patterned drumbeat has the look and feel of a decelerated EDM groove that could easily erupt into its true form if it were sped up and amplified with a heavier bassline. The tempo is that of a jam, but the new wave-influenced synth parts eliminate any deeper allusions to R&B or funk – though they’re still quite present here. It would be intriguing to see a remix of this song by an outside party that wasn’t involved in the original recording process, and I have a feeling that there will be plenty of DJs over the winter who won’t hesitate to deliver something along those lines.

The lead vocal is a force to be reckoned with in “Shame,” but it’s the instrumental swagger that commands the lion’s share of our attention in this single. No matter how many times I listen to this track, it’s difficult for me to remain focused on the lyrical content exclusively; there’s just too much emotionality, and frankly, too much action going on beyond the microphone that there are some moments where the verses feel like more of an afterthought than the most opulent of crown jewels in this treasure chest.

There’s room for this project to grow and cultivate the sound exemplified in their first few studio cuts a bit more moving forward, but I recommend giving “Shame” some of your attention this December. This has been a brilliant season for underground pop on the international level, and what Migrant Motel accomplishes here is a highlight for music journalists like myself. Singles like this one don’t demand a whole lot out of the audience in exchange for a wealth of inspirational verses, exotic rhythm, pointed but relatable rhymes, and a rollicking groove that will keep you swaying all through the autumn. I like an involved listen as much as the next music enthusiast does, but now and again a song like “Shame” comes around and induces more chills with a simple beat than even the most elaborate of experimental compositions ever could.