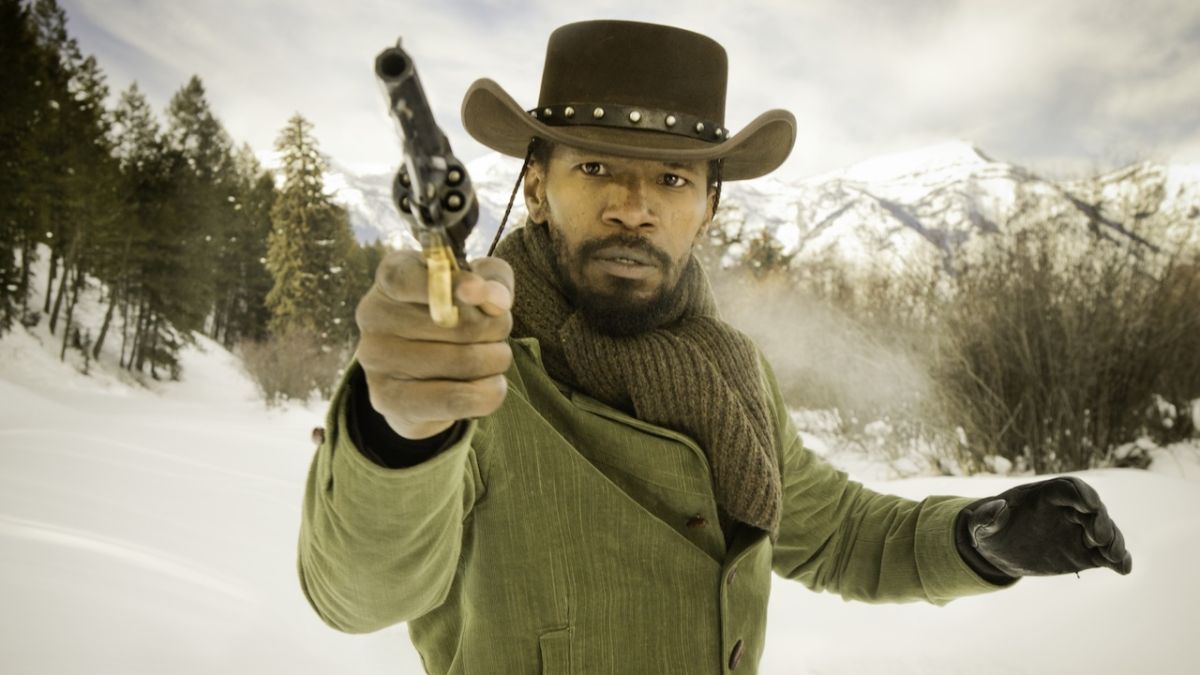 Kanye West has been getting a lot of in the media lately over his various controversies, with the rapper having particularly garnered a lot of backlash over his anti-Semitic remarks, as well as being at the center of a $250 million lawsuit after making false statements about George Floyd. Additionally, West said earlier this week that he came up with the idea for Django Unchained, and Quentin Tarantino, the filmmaker behind the 2012 movie, has responded to these claims.

While speaking with Piers Morgan, Kanye West alleged that he pitched a similar premise to what ended up being Django Unchained while he was brainstorming the music video for his 2005 song “Gold Digger,” which featured Jamie Foxx, the lead actor in the Tarantino-helmed movie (who was brought in after Will Smith turned the role down). During his appearance on Jimmy Kimmel Live!, Tarantino made it clear that he conceived Django Unchained before he ever met West, who legally changed his name to Ye in 2021. As Tarantino explained:

So Kanye West did meet with Quentin Tarantino over a decade and a half ago to see if he was interested in directing a film adaptation of the “Gold Digger” track from his 2004 album The College Dropout. However, as Tarantino made quite clear, it’s not like these two met up, West pitched the Django Unchained-like idea to Tarantino, and then Tarantino decided to steal the idea for himself. While the writer/director didn’t finish the Django Unchained script until 2011, he had the idea bouncing around in his head for a long time, even before West came into his sphere.

Quentin Tarantino went on to tell Jimmy Kimmel about what Kanye West had specifically pitched him about his vision for the “movie” version of “Gold Digger” during their meeting, saying:

In the end, not only did Hype Williams, one of Kanye West’s frequent collaborators, direct the “Gold Digger” music video, but they ended up going a different route with it. Rather than using the slave narrative, the video instead showed West and Jamie Foxx belting out their vocals as various pin-up girls appeared, and musical artists Consequence and John Legend also cameoed. The music video came out in summer 2005 (followed by its YouTube debut in June 2009), and then on December 25, 2012, Django Unchained was released to the masses, with Jamie Foxx’s title character bounty hunting with Christoph Waltz’s Dr. King Schultz and seeking to reunite with his wife Hildi, played by Kerry Washington.

Django Unchained proved to be a critical and commercial success, with its accolades in the former category including winning two Academy Awards, and at one time there’d been plans to make a Django/Zorro crossover movie. Quentin Tarantino’s last movie was 2019’s Once Upon a Time in Hollywood, and while he still hasn’t announced what his tenth and final movie will be, he’s promised it won’t be about his own life. As for Kanye West, he recently returned to Instagram with jokes after he was escorted out of Skechers’ offices.