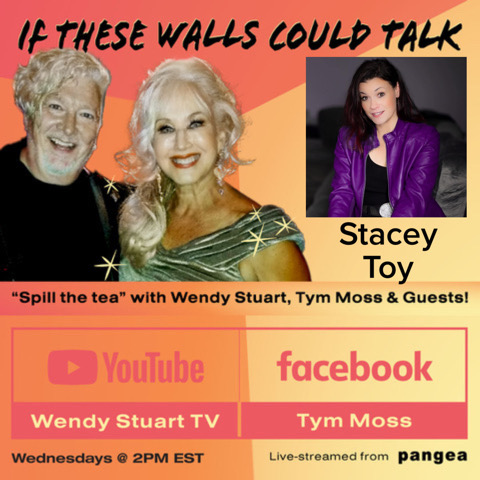 Stacey Toy will be a featured guest on “If These Walls Could Talk” with hosts Wendy Stuart and Tym Moss on Wednesday, September 28th, 2022 at 2 PM ET live from the infamous Pangea Restaurant.

Wendy Stuart is an author, celebrity interviewer, model, filmmaker and along with If These Walls Could Talk she hosts TriVersity Talk, a weekly web series with featured guests discussing their lives, activism and pressing issues in the LGBTQ Community. 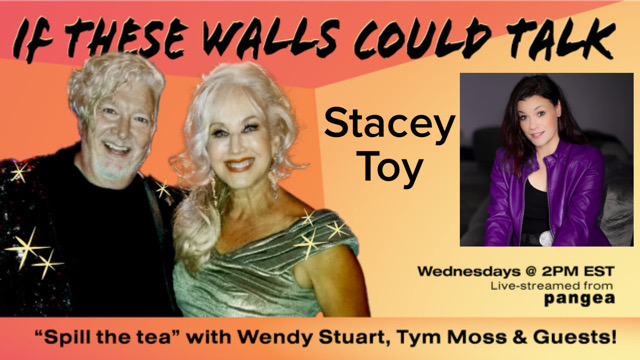 Stacey’s degrees were from a top rated private school named Elizabethtown College. She spent a lot of time over in England, studying at Harris Manchester College at Oxford University. She currently holds a Master’s degree in Journalism. Eleven years in the broadcasting industry in a top 55 market station, Stacey was the live tv news director. She directed America’s Highest Rated local News Casts in the country. She also spent time back over in London working with networks during the 2012 Olympic Games. Toy was instrumental in helping build her stations new High Definition Control Room. She helped program the equipment, build setups and codes for the Automation Systems. Corporate Engineering used Stacey to help troubleshoot various problems for more than 50 TV stations across the United States.

Stacey produces and casts film, TV and commercials as the Chief Operations Officer (COO) of TwentyFiveEight Studios, Inc. 258 Studios, Inc. has worked and provided many companies like Toyota commercials from local to regional to Super Bowl ads, even the Paralympic Games in South Korea.  Her and her company have won 13 American Advertising Awards along with Professional’s Choice and People’s Choice.

In the summer of 2016, Stacey filmed down in various parts of Haiti as a Co-Producer alongside Academy Award winning Producer/Director, Robert May and SenArtFilms. In the beginning of November 2016, their documentary, “Open Arms Haiti” debuted at the national conference for Lifesong in Tuscon, AZ. 100% of the proceeds went to funding their campus and the film raised close to $2 million within the first 20 minutes after it debuted.  Since then, Stacey has produced, pitched and managed feature films, tv shows, pilots, sizzle reels, commercials, documentaries.  She has worked alongside countless celebrities including Beyonce’s father, Mathew Knowles, on his reality tv show in 2017 for the E! Network with Bunim-Murray. Her feature that was released in October 2019 called “100 Acres of Hell” is streaming now on Amazon, ITunes, Vudu, On Demand and various other streaming platforms around the world.  After it’s debut, it made the top 10 “BritFlicks” list in November in the UK, as well as hitting #2 on the top #5 list of YouTube’s top picks in December 2019. In July 2020, her film played the largest screen in the country, streaming from Times Square, NYC. 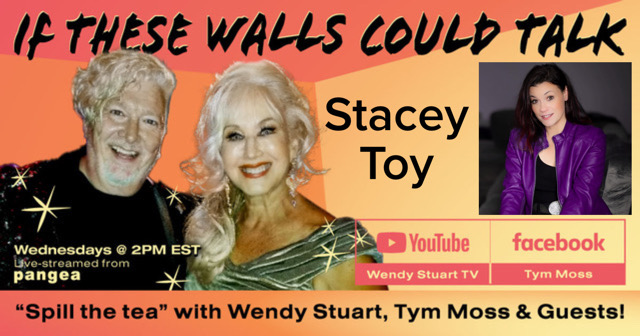 In early March 2018, Stacey was honored by Hon. Ret. Lord Kakkar at the House of Lords, London, for her work as an Oxford University Alumni. She was also chosen in 2017 as the “Northeast Woman” and honored as the Most Distinguished Alumni from Elizabethtown College. Stacey has been recognized with “Who’s Who” in America and is also a member of the Pennsylvania Film Industry Association (PAFIA), Eastern Star and National Assoc. of Professional Women.  In 2019, Stacey was accepted into an entrepreneur program with Harvard Business School online.  She was invited into Europe’s Largest Entrepreneur Society, the Oxford Entrepreneur Society, and is a current member.  Stacey has worked in just under 50 countries filming, broadcasting and providing media.  Starting in January 2021, Her platform expanded yet again,  co-hosting Cedric the Entertainer’s new celebrity virtual platform called “FanRoom Live”!  Both as the host and the co-Executive Producer, she has been interviewing everyone from Ice-T & Coco, Morgan Fairchild, Alexander Ludwig, the LA Dodgers, George Lopez, WWE Superstars and even Cedric the Entertainer himself, among others!

Toy is currently 38 years old and has been widowed since 2011.  She currently resides in the Pocono Mountains with her two teenage sons, Gavin and Dylan.

Watch Stacey Toy on “If These Walls Could Talk” with hosts Wendy Stuart and Tym Moss on YouTube here: