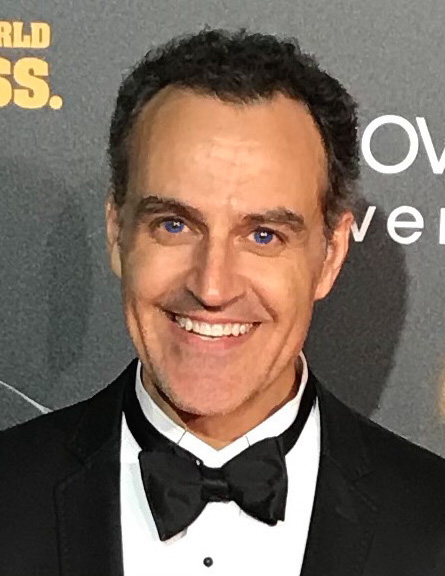 Sal Rendino’s acting career on stage, film, and television has placed him in scenes and otherwise rubbing elbows with some of the most talented and creative people working in entertainment today. The New Yorker made his first television appearance in 1993, his first film appearance came a year after with a part in 1994’s Renaissance Man, and he has worked steadily thereafter. His first significant role came in 2003 with a two episode arc on the then smash hit series E.R. which increased his visibility and respect.

After E.R., the deluge. Roles and accolades have come in a veritable flood over the past nineteen years and Rendino shows no signs of slowing down. There hasn’t been a single year since 2007 when Rendino hasn’t appeared at least once on the small and big screen alike and currently has twenty projects either in the can and awaiting release or else in pre/post-production status. At a time in life when far less hungry artists are waving the white flag or else delivering performances reflective of their flagging energies, Rendino continues pushing forward and often into new realms.

His willingness to explore new territory is reflected in his willingness to play no less than countercultural 60s legend Abbie Hoffman. The Los Angeles staged David and Goliath in America earned Rendino an Artistic Director Achievement Award as Best Lead Actor in a Drama. His acting range is such, however, that he can place this performance up against his turn as another real-life figure, mob boss Vincent Gigante, in the bio-pic Gotti.

His role in the debuting Apple TV feature One Moment puts him opposite longtime screen giant Danny Aiello in his final appearance. The story concerns middle-age siblings attempting to juggle the demands of their own lives while attending to the needs of their recently widowed father. This sort of meat and potatoes human drama ripped from personal experience is the sort of script that Rendino excels with. It asks him to call upon a vast reservoir of talent and he surmounts such challenges with genuine and nuanced work.

He’s also set to appear opposite Denise Richards in The Junkyard Dogs, opening August 5th, This family-oriented feature may not afford Rendino the dramatic opportunities presented by the earlier works, but it does illustrate his fantastic range. Two more features in the offing are Long Night, opposite Ray Donovan’s Pooch Hall, and Johnny and Clyde alongside Megan Fox. Release dates for these two features are yet to be set, but he can be seen in the final season of the Amazon Prime series The Marvelous Mrs. Maisel airing in late 2022.

These are more than worthy additions to his growing list of credits. Past appearances in successful television series such as Billions, The Blacklist, Royal Pains, and others laid the groundwork for the new level of success he’s enjoying today. It isn’t difficult to see that today’s achievements, as well, are setting the stage for even greater triumphs tomorrow. Sal Rendino is in demand and there’s ample reason why.