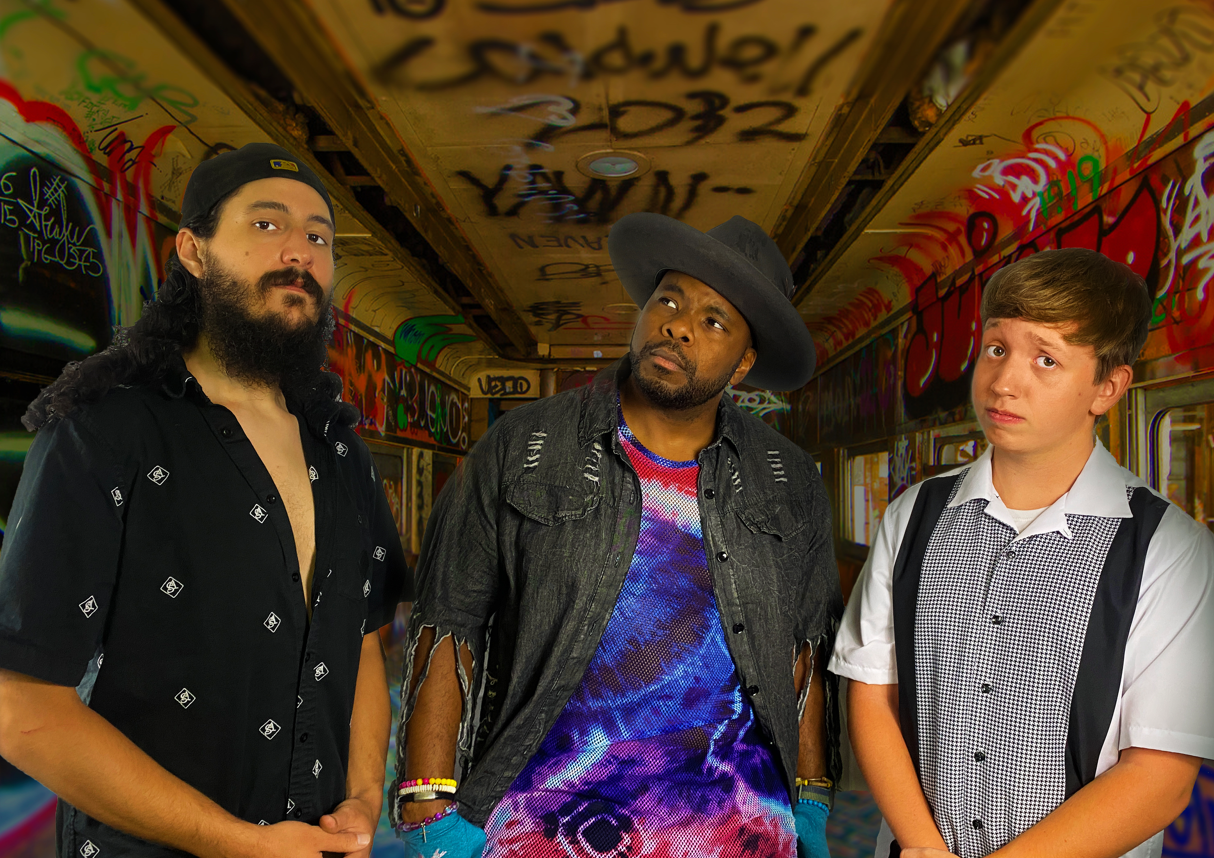 Thank you for your time today Cognate Souls. We are loving your music. Introduce yourselves and tell us a little about who you are and where you are from.

Thank you for chatting with us. We say all souls, one root, one sound. That’s because we truly believe music is a connector that can build love. Kevin (vocalist, bass) is from Baltimore and originally considered himself a jazz head. From a young age, his friends saw him as a level headed type of guy that could get things done but without making it seem stressful. Jonathan (guitars, backup vocals) is originally from Atlanta and picked up the guitar at the ripe age of 13. He was already deep into baseball, but decided he wasn’t good enough to pursue that but had already buried himself in his room shedding for hours. He’s a casual and laid back person who enjoys the moment. Casen (drums, percussion) is also from Atlanta. He’s a naturally inquisitive guy who loves studying culture, especially his history as a third generation Sicilian American. He usually comes with a lot of questions.

How would you say where you grew up and where you are from has influenced your music?

When Kevin first started Cognate Souls, the idea was to bring together people of different influences, backgrounds, cultures, etc to create music together. It’s honestly the ethos of what we do, because we want to be an example that people who are different can still make music together. Metaphors, we know. LOL. Kevin grew up in Baltimore City, in the actual city. He feels like much of his influences come from the sounds of the city, growing up as a jazz trumpeter and the blend of melodic expression through improvisation and modern music of the time. News stories from the time heavily informs how the music is written and the lyrics. Jonathan is a big fan of funk and the jam band scene. He has been for years and you can hear it in the guitar lines. Jonathan also has a strong connection to Venezuela, where his family is from. Melodic and rhythmic  elements of the music he’d hear with family are sprinkled throughout his playing. Casen has always been one to explore. He’s performed classical, jazz, gospel, funk, trap and everything that would be considered music. Exploration is a part of who he is. Listen to the drums in the background and when you hear some pattern that seems different than you’d expect, that’s Casen trying something a little different.

You each play instruments. Tell us more about that, how did you learn and when did you start?

You’d think our stories are so different, yet for each of us it was an escape. Kevin learned to play from a young age and thought there was this amazing freedom from inner city Baltimore. He started playing at an after school program and learned music through classes at school. When it was time to play bass, Kevin became a last-minute fill-in for roommate and picked up the bass playing for some churches in college. Jonathan saw a guitar and was amazed from the jump. He skipped the classes all together. Accidentally realizing he could probably be good because of many hours of Guitar Hero, he finally shifted to the real thing when he turned 13. Casen was also interested in playing drums as a young kid. He was playing drums or congas on every surface he could find around the house. Eventually he got himself a real set and joined the band at his high school. Casen has been full speed ever since.

What is the best career advice you have been given? Would you share it with us?

You should never be 100% prepared for your next job. Kevin heard this one during an internship many years ago, long before the significance of it set in. The point of pushing yourself harder and farther than you’re ready for was missed at the time. Being 100% ready means you’ve waited too long and missed the greatest opportunity for growth. There’s another point also. Being under 100% requires leaning on your skills to evolve into trusting yourself. There’s great growth, elevation, and shaping that happens because you had to step up in that moment.

We have big goals, maybe too many to list. We definitely have at least 2 more songs we want to get out this year. That will kind of give us a group of songs that tells a better story of who we are. We’re excited to walk through the process of shooting 2 music videos and increasing our tour schedule at the same time. There aren’t many months left to knock everything out so we’re very focused.

We know you have some new music on the way. What can fans expect to hear?

With Milk, fans get a song that has a wonderful blend of audio and lyrical storytelling. Kevin remembers grocery shopping one day. Aisle from aisle you’d see people who looked different, shopping at the same grocery store and picking up similar hours. Milk explores the concept of people whom we normally view as extremely different, yet they’re striving for the same things. Our lyrics and music work together to explore this. We ended up with a fun and driving song that is reminiscent of a 70’s disco/funk era.

Tell everyone where they can hear more and follow along with you!

First stop, please visit our website, CognateSouls.com and sign up to our email list. As indie artists, it’s the most direct way we can connect to you. Also, trade secrets, it helps with booking shows and helps our credibility to say we have direct contact with our fans. As far as hearing more, you can find our music on Spotify, Apple Music and all the major streaming services. You can follow our Instagram and Facebook social media pages @CognateSoulsOfficial. Please also follow our YouTube channel.