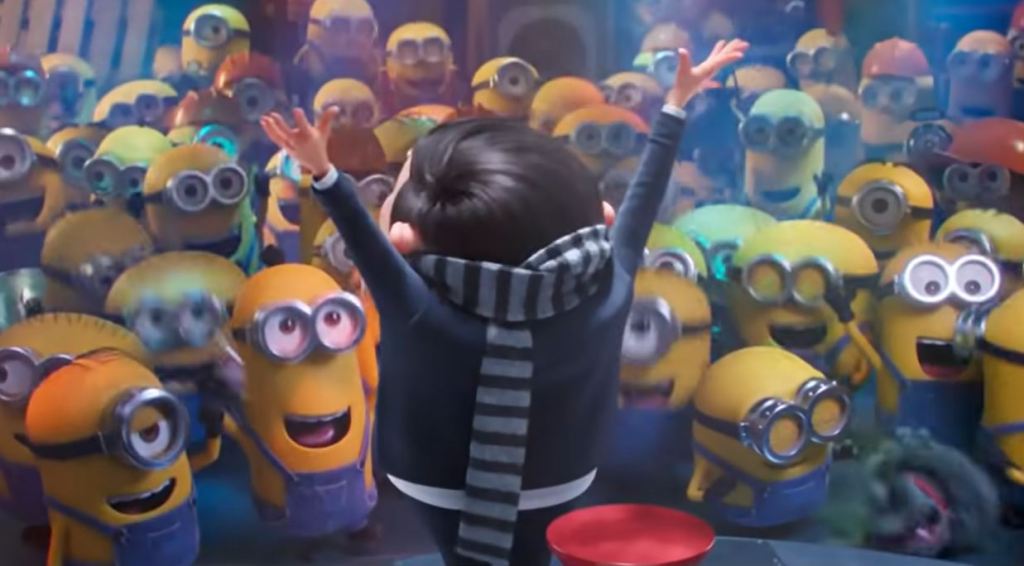 Universal/Illumination’s Minions: The Rise of Gru has grabbed the best previews for an animated movie during the pandemic with $10.75M. That’s purely from showtimes that started yesterday at 2PM from 3,350 theaters. This, no doubt, bodes for another excellent weekend at the summer box office.

That beats the $6.25M combined two day previews of Paramount’s Sonic the Hedgehog 2 and Disney’s previews combined $5.2M previews for Lightyear. Rise of Gru also bests the previews of 2015’s Minions which minted $6.2M off showtimes that began at 5PM and went on to make $46M on its opening day (including those previews) and a $115.7M opening.

The Chris Melendandri produced animated sequel is looking to gross between $70M-$80M over four days.

To date since mid-March 2020, Sonic the Hedgehog 2 owns the best opening for an animated movie at $72.1M.