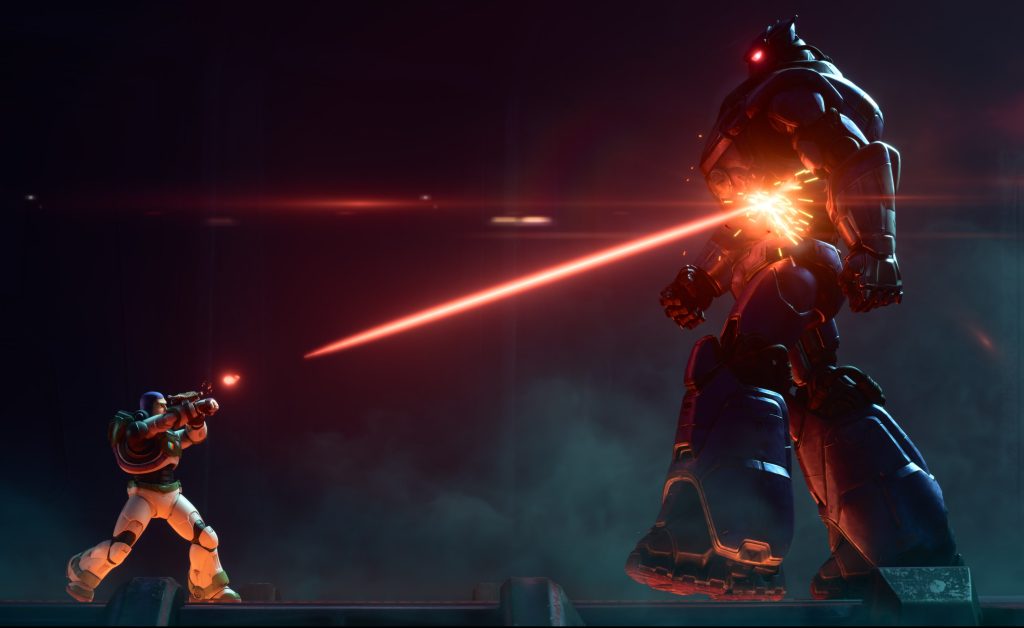 Pixar, after seeing its movies sidelined to Disney+ during the pandemic, returns to the big screen this weekend with Lightyear, the origin story of the spaceman toy which little Andy plays with in the Toy Story movies.

Comps here are Paramount’s Sonic the Hedgehog 2, which is the biggest family movie to open during the pandemic with $72M stateside. In addition, since Lightyear is considered a spinoff, not a sequel to the Toy Story franchise, its projections are being held down by that classification. Spinoff movies like Fantastic Beasts and Where to Find Them ($74.4M) are numerically in their own box office subset, typically opening lower than direct IP sequels, so that’s what’s keeping Lightyear below a $100M U.S. start at this point in time. The last Toy Story, Toy Story 4, opened in June 2019 to $120.9M. If Lightyear overperforms, like Universal/Amblin’s Jurassic World Dominion did last weekend (beating its original projection by $20M with a $145M U.S./Canada start), it’s because of great word of mouth, thus triggering walk-up business. Current outlook for Lightyear in U.S. and Canada this weekend is $70M-$85M at 4,200 theaters. Similar to previous Pixar summer launches, Disney is taking advantage of Father’s Day traffic on Sunday, plus there’s also a bonus moviegoing day in Juneteenth being celebrated on Monday. Boys and dads are, of course, are the hard core demo that Lightyear is banking on.

Overseas, Lightyear takes off in 43 material markets, representing 79% of the international footprint. Key markets to watch will be the UK and Mexico, both strong family hubs and both of which have been firing lately. The projected debut for all offshore markets this weekend is in the $50M+ range; all-in on the high end, $135M WW.

In terms of major market rollout, Lightyear blasts off in Italy and Korea today, followed by Germany, Brazil, Australia and Mexico on Thursday and the UK and Spain on Friday. France is not going until June 22 and Japan joins on July 1. There is essentially a two-week gap for the movie in the family space (except for Australia) before Illumination/Universal’s Minions: The Rise Of Gru lands. Sonic the Hedgehog 2 is also the comp for Lightyear abroad, which has legged fantastically since its March debut overseas. In like-for-likes, that Paramount title did about $39M at open. Likewise, having released during the Covid era and seen strong growth, Sing 2 came in around $33M in like-for-like starts.

Lightyear will not be be hitting cinemas in such Middle East markets as Saudi Arabia, the UAE, Bahrain, Egypt, Kuwait, Oman and Qatar. Nor will it go to theaters in Malaysia or Indonesia. All owing to what is believed to be related to LGBTQ content.

Currently Lightyear is at 82% fresh on Rotten Tomatoes, which is below the high 90%-100% threshold of Toy Story movies. Family movies can often shake off the Rotten Tomatoes stigma at the box office. In regards to presales, Lightyear had an advance ten-day frame whereas Sonic the Hedgehog was much longer. As of Monday, Lightyear had racked up $4M in presales. Sonic the Hedgehog 2 earned an estimated $12M-$14M in presales the day before opening and the hope is that Lightyear arrives in that range by tomorrow.

Lightyear will be sharing 400 Imax screens in the U.S. with Jurassic World Dominion this weekend, but will absorb all of them in weekend 2. Other price premiums working to Lightyear‘s advantage is 850+ Premium Large Format screens, 2,200 3D locations, and 190 D-Box/4D motion screens.  Select early preview showtimes start today at 6pm in 500 IMAX and PLF auditoriums with all other previews beginning Thursday at 3PM.

Jurassic World Dominion is expected to ease -58% in weekend 2 with around $61M. The sequel chalked up $14.8M yesterday, -19% off Jurassic World: Fallen Kingdom‘s Tuesday. Dominion currently counts a running domestic total of $172.6M, -5% behind Fallen Kingdom.