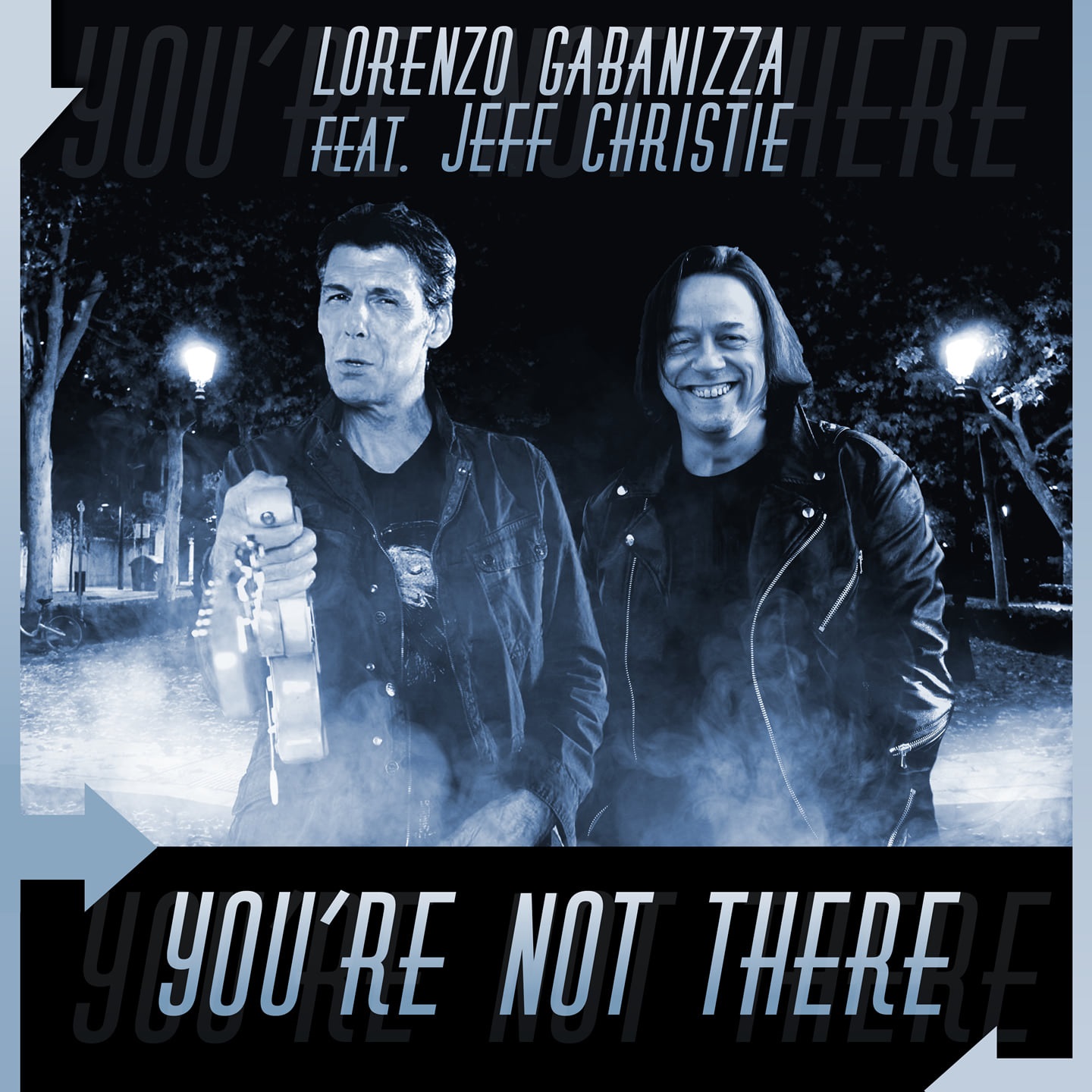 You’re not there/then you’re here/then you’re gone. The newest single by Singer/Songwriter, Lorenzo Gabanizza is you guessed it, “You’re Not There.” It’s a bluesy melodrama, with a classic and naïve energy. While the song moves along at a casual tempo, to say the least, it’s still engaging and satisfying enough to release as a single. Well, truth be told, as a single, this track had limited potential in America, but it could do well in the U.K.

Much of Lorenzo Gabanizza’s work has been connected to Europe. His bio does not implicitly clarify, where he is from. He started off as a member of a Queen tribute band, and eventually splintered off into a solo career. He seems to have a particular affinity for Linkin Park, having covered both “One More Light,” and, “The Messenger.” Gabanizza’s roots seem to be in Rock, but he shows a more conscientious side of himself, on his latest single.

It’s hard to know if Lorenzo is going for depth or sentiment on “You’re Not There,” but he is capable of channeling both. Taking on something of a Brian Wilson approach, Gabanizza enlisted a virtual orchestra for this track. While there are no actual strings, other than the guitars, we do get some horn action, in the form a saxophone solo, around the two minute mark. The sax goes over well, but it’s a curiously early placement for a song with a rather lengthy run time. Of course, there is a radio edited version of “You’re Not There,” that might explain it’s slightly peculiar arrangement.

Lorenzo was involved in a 2018 “traffic accident,” that offers little more detail than that. It was serious enough to derail his songwriting, for a time, but thankfully, he has made a full recovery. Listening to “You’re Not There,” you can hear something of a Tom Waits and Elliott Smith collision. While, Jeff Christie handles lead vocal duties, we get what sounds like a completely different voice, around the middle of the track. That voice has some major Willie Nelson vibes, which again adds another layer to a somewhat multifaceted work.

The overall sound quality of “You’re Not There,” is high. There are a few instances, though, where it sounds like some extra polish would have helped. Gabanizza leaves no lingering debate to the fact that he is a true pro. You don’t write songs like “You’re Not Alone,” unless you’ve written a hundred songs, prior. In some ways, he has that Springsteen grit, albeit with a less exigent undertone.

“You’re Not There” is not necessarily a fun song, but it is a meaningful and poignant one. You can truly sense the personal attachment that Gabanizza has to the piece, giving it an added dose of credibility. Musically, this is the type of track that exhibits just how talented of a songwriter that Lorenzo Gabanizza is. I emerged from the experience, wanting to hear more of his catalog, and you likely will too. According to Gabanizza, life comes in three stages, and he’s determined to make his second act, a powerful one.