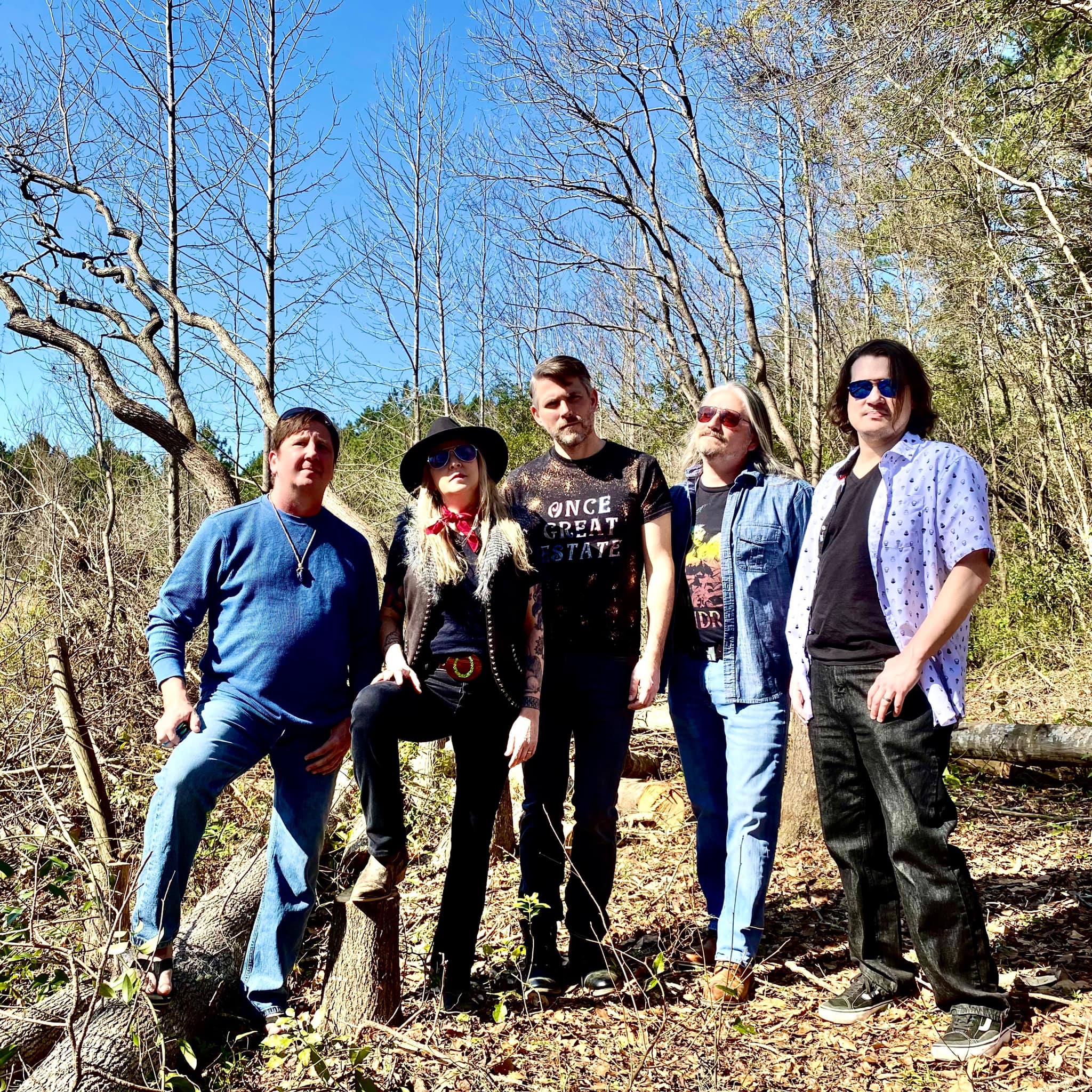 The music and words of – Once Great Estate – come alive on Even The Undertaker, and capture the Florida based Folk combo at their absolute best with 8 songs that go the distance to prove it. And a concept album is one way to describe it without summing the whole thing up as one connected theme, but the title leaves anyone guessing that it might be. I won’t go all the way into that, because one can never be sure, but after a few good listening’s it’s safe to call it either way. One thing’s for sure, this band are extremely good at what they do.

“Welcome” is one of those lovely little instrumentals that kick off an album with some spoken word. The message is vague, but it does tell you this album is about something, and that is obviously written all over the title. But the title track is next and “Even The Undertaker” is off to its 7 enormously intriguing tunes, none of which ever disappoint. The title track prepares you for more of what’s to come with memories and recalling of events and places, but without giving too much away, that can also be seen in the title of each one.

“Shelbyville Inn” is a major undertaking of lyrical superiority worth hearing, and one of the more desirable musical arrangements on the album, leaving much of it to country flavors. This is a song worth many a repeat listen, as are most of the tracks on Even The Undertaker, and don’t forget to listen for the great change up toward the end. And it gets more surreal sounding on “Southern Song” with an all-out shining studio performance by lead singer Tracy Horenbein, an amazing spirit if I ever heard one. She is backed by an equally talented ensemble.

The melodies on Even The Undertaker are fantastic across the board and keep each song cooking behind Horenbein’s huge voice in the most unsuspecting ways you might even think the words were written first. They never overshadow her voice, and she never buries their presence, and the drums are the least suspecting thing of all. Just listen to “Battles” gives you that perfect blend of both dynamics in the band, with the instrumentation getting more room for fiddle and the backing vocals entering the arrangement. And more of the same gets featured on “Friction” with its very string-based backing.

The best thing about Once Great Estate is how the music and vocals are combined for an almost separated experience. A layered sound you don’t get from most Folk artists/bands, but the Americana factor is also very strong on this album. “Florida Man” left me just as satisfied as any other track on the album, and it all ends with one of the best efforts on “Nebraska,” another song with everything Once Great Estate are all about at the end of the album. I just came away with 8 more reasons to turn on the music, if that’s any indication of how good it is.