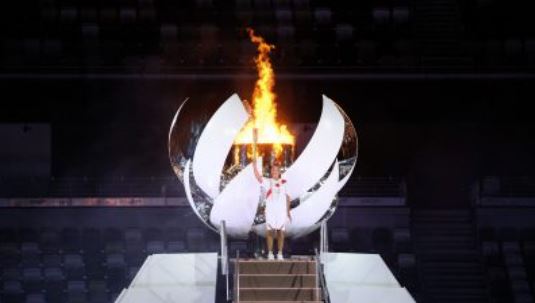 Where did everybody go?

They certainly weren’t watching the Friday night Tokyo Olympics opening ceremony. The audience dropped to about 17 million, down 37 percent from 26.5 million viewers for the Rio de Janeiro opening in 2016. (Though Saturday was better.)

We know they weren’t at the movies. The box-office dropped 25 percent from last week, as Old and Snake Eyes had weak openings, and Black Widow continued its precipitous fall.

Streaming, or social media? Kinda, sorta, maybe. But it’s hard not to notice that Netflix last week reported a loss of about 400,000 domestic subscribers, while Twitter, though up nicely from a year ago, saw a decline of about 1 million in its active user base, compared to last quarter.

In the media world, it’s beginning to feel like that wispy old song from 1965. Everyone’s Gone To The Moon.

For a while, case-by-case analytics—plus a vague, obligatory reference to Covid—seemed to explain the disappearing audience.

Were the Oscars down 56 percent to 10.4 million viewers in April? Well, the movies were boring, plus Covid. Did the Golden Globes fall 62 percent to 6.9 million a few weeks earlier? Blame racism, plus the same boring movies, plus Covid.

Didn’t the Super Bowl slide to a modern low in early February? Of course, but it was a weak match-up between second-tier television markets, Tampa Bay and Kansas City. (You can add the Covid refrain, if you want.)

Sports in general? Too woke. The Emmys? Too complicated. Black Widow? Streamed to death. Cable news? Too repetitive. and contentious, and lost without Trump.

As the reasons pile up, you begin to wonder if it’s not time to reach for Occam’s Razor, a philosophical rule that says, more or less, that the simplest of competing theories should be preferred to the more complex.

So here’s a simple theory:

Maybe, as a group, we are suffering from “screen fatigue”—not in the narrow sense of migraines, eye strain, and Computer Vision Syndrome, but in a much bigger way, as a culture. We are tired of Zoom calls. We are tired of event television. We are really tired of looking at ourselves on media screens, large and small.

This was happening before Covid. The secular decline in viewers for the Academy Awards program is my own favorite yardstick for the growing ennui. Even before the lockdowns, the Oscar audience was off 57 percent from its peak. It had fallen in stages, from 55.25 million viewers in 1998 (when Titanic was Best Picture) to less than half that number (when Parasite won) last year.

Sure, the virus hurt. But it only hastened what was happening anyway—a very human reaction to the confinement of life on screens. People were getting itchy. They wanted to eat. Breathe. Climb rocks. Fall in love. Have babies. Walk the dog.

Come to think of it, they were doing exactly what my Deadline colleague Bruce Haring described in his weekend report on the Olympics rating collapse. We should understand, wrote Haring, “the desire of most people to get out and do something after a year-long pandemic confinement.”

Simple, but true. Thank you, Bruce. You have a way with that razor.