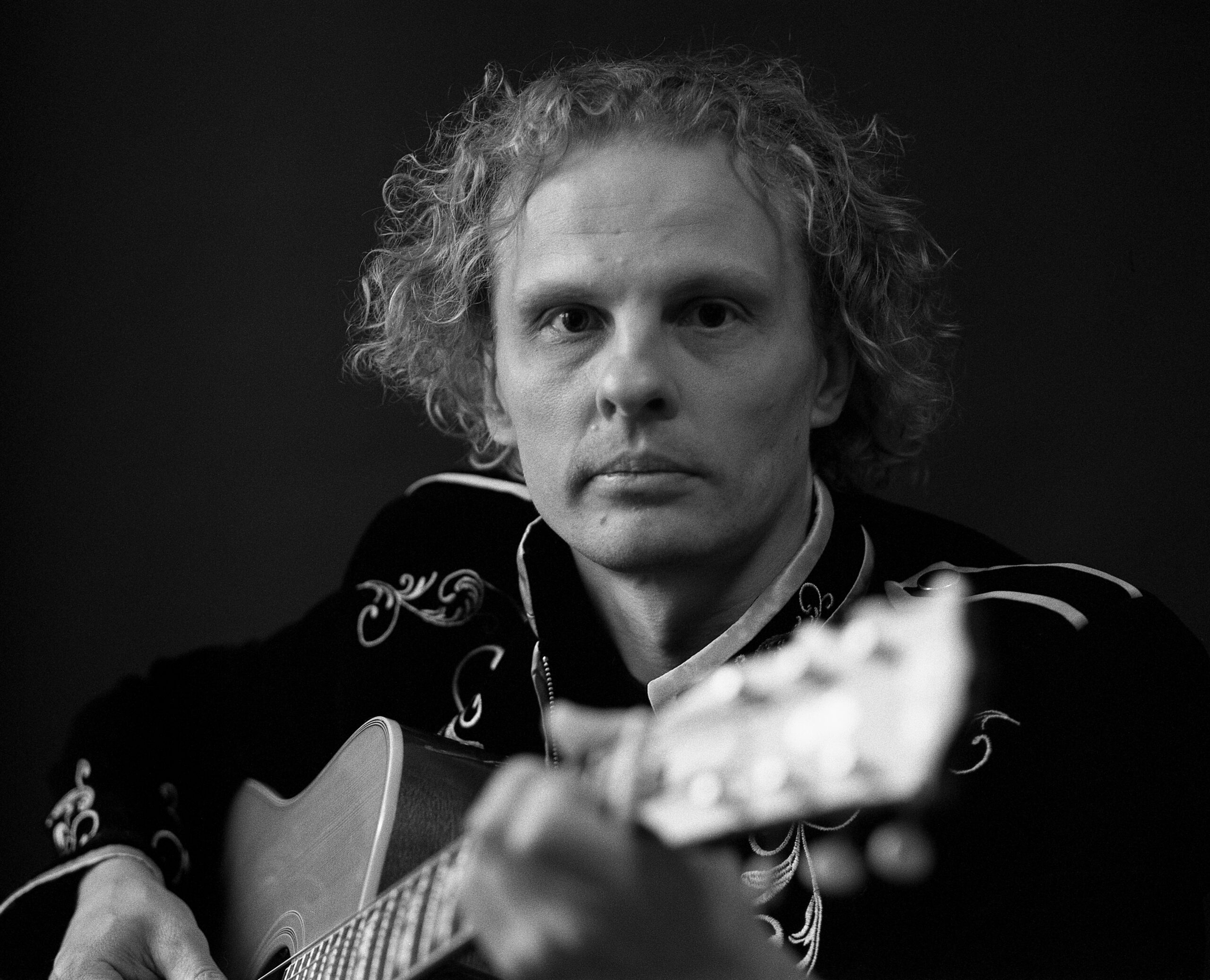 “You always left me wanting, but now I want no more. Infected with your love I’m lying half-dead on the floor because you’re poison, poison, woman.” This incredible portion of lyrics closes out the opening track on Mauri Dark’s solo debut Dreams of a Middle-Aged Man, and with it, the album is entirely off to the races as far as thematic lyrics go.

The Finnish approach to the English language is something that feels far more eloquent than anything coming out of America in the very same tongue, and it might just be that good old American ignorance making assumptions, but I think American lyricists could learn a thing or two from the poetry on display within Dark’s work. There’s a simple, matter-of-fact-ness to certain lines but then songs like “Love Will Prevail” will open with “In between love and hate, I patiently wait for the dark clouds to drift away, for bitterness to stop its raining” and blow me away. Dark inhabits a Venn diagram that is equal parts outlaw Johnny Cash as it is also esoteric Nick Cave or something out of a Jim Jarmusch picture. The situations and characters crafted in his lyrics are both cinematic and irrevocably mortal, something to marvel at while forgetting how closely it mirrors real life.

The artistic approach attempted by Black is one most artists tend to shy away from in contemporary music, but the Finland of it all might have something to do with the angle Mauri Black is intent on attacking from. Where sincerity and earnest approaches might otherwise scare away modern rock stars to the point of completely synthesizing their work to the point of no unique factors intrinsically tying it to the artists behind the songs, Dark puts his gravelly voice in the spotlight for most of the songs, only momentarily hiding behind his trusty guitar and piano.

The acoustic approach for the album bears it all and this is what ultimately makes Dreams of a Middle-Aged Man as memorable and poignant as it is. There’s nothing to see here, just a man baring his heart and soul for anyone willing to listen. It’s just a life story chronicling his heartbreak, his mother’s passing, and his rebirth (in the form of a new marriage, and quite literally in the birth of his child.) The way that Mauri Black presents it all feels laissez-faire, only interjecting to begin a new track, allowing the audiences to project their own lives onto his own.

The weight of Dreams of a Middle-Aged Man certainly feels consistent throughout, with heavier songs corralled together particularly in the second half of the project, and the natural progression of Black’s themes feel planned out to the minute detail of even telling a planned narrative story when played from front to back. Inarguably, the arc of Mauri Black’s life is impressive and still leaving quite the impression with every day, it would seem; to follow up something this substantial is a tough act, but Mauri Black has had his fair share of trials and tribulations. Nothing is holding him back from achieving even more.