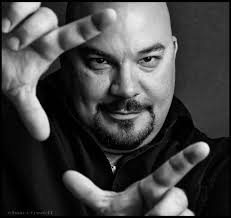 Mike Wagner is a 30+ year broadcasting veteran interviewing the most interesting guests from celebrities, actors, singers, writers to the most interesting people today! Mike is currently a weekend host on KFYR radio in Bismarck, North Dakota playing the greatest songs of all time every Saturday from 6-10a and Sundays from 2-6p Central time . Tune in to KFYR AM 550,KFYR.com, 99.7 FM, and iHeart Radio. You can also listen to the Mike Wagner Show on Soundcloud, Spreaker and Spotify.

Churchill was a runner up for a film entitled, The Champ. Although the part went to actor Rick Schroeder, this did not discourage Churchill. It was his sophomore year in High School when he convinced his father to buy him a full sized VHS video camera so he could make his vision come to life. The War Master, a film about two teenage cops fighting the drug problem in their neighborhood went on to win several local awards. Churchill convinced a few local video stores to carry his films as rentals to the neighborhood. Several newspapers The New York Daily News, New York Newsday, The Ridgewood Times and The Queens Tribunecarried stories on Churchill. He went on to write/produce and direct other neighborhood films such as; Intrigue: The War Master (1989, a follow up and another award winning film), The Fear of Pain (1990, his first ever Horror film), Emerging Past (1991 concept version) and A Distant Society (1994, his first Drama) These films taught him how to tell a story and most of all how to start something and finish it. Churchill would test his skills once again with another version of The War Master. This was the biggest budget of all the so-called neighborhood films. A System Devoured aka Devoured put Churchill through the test of being creative utilizing a very low budget. He entered it in the New York City Independent International Film Festival and won Best Video in 1999. In addition, millions of viewers tuned in to watch Churchill on The SyFy Network’s Monster Man, a reality show that showcased Churchill in episode #2 titled – The Forbidden Werewolf.

The official website for The Mike Wagner Show may be found at http://www.TheMikeWagnerShow.com

The official website for Thomas J. Churchill may be found at http://www.thomaschurchillproductions.com