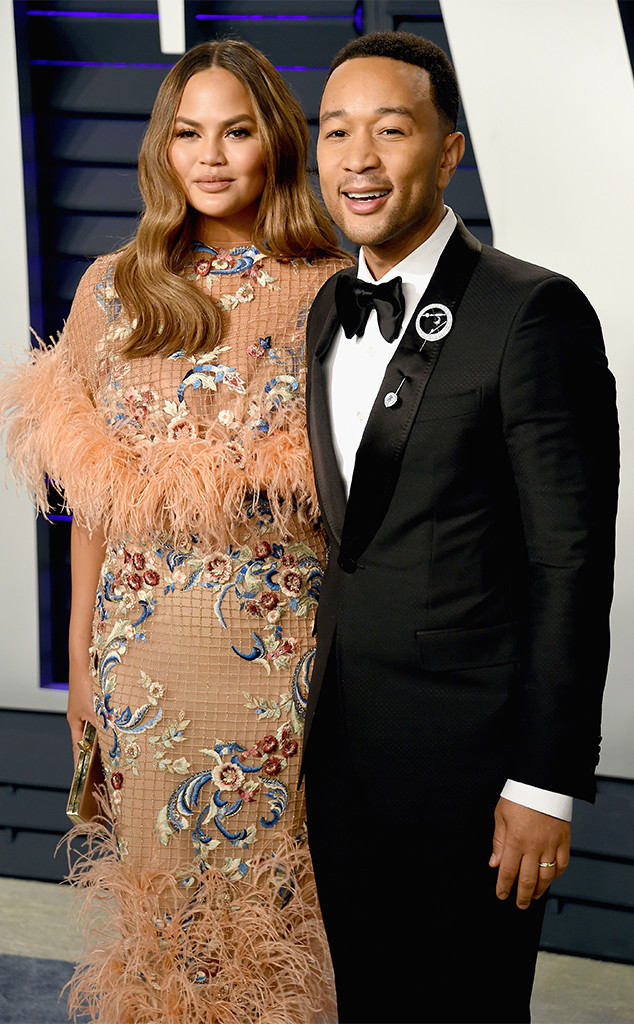 Please meet People‘s Sexiest Man Alive—John Legend. It’s no doubt that John is one of the sexiest men on this planet, and now there is bonafide proof. The musician can officially add this accomplishment to his long list of impressive career credits.

“I was excited, but I was a little scared at the same time because it’s a lot of pressure,” he told People. “Everyone’s going to be picking me apart to see if I’m sexy enough to hold this title. I’m [also] following Idris Elba, which is not fair and is not nice to me!”

He follows in the footsteps of other legendary honorees, including 2018 winner Idris, and of course the highly contested honoree in 2017, Blake Shelton. This news comes on the heels of a remarkable year for the star. Around this time last year he was celebrating big time after winning an Emmy for producing Jesus Christ Superstar Live in Concert, and officially making himself the winner of an Emmy, Grammy, Oscar and a Tony.

But we’re sure that being crowned People‘s Sexiest Man Alive is a similar honor for the star.

John gushed, “I’m so proud that I have a wife and two kids I’m so in love with and so connected to. I’m also so proud of my career. I love writing songs and performing on stage. I get a lot of joy from it and give a lot of joy to other people. I’m pretty at ease with myself now!”

As hilarious a tradition as it is, each celebrity always has their own way of celebrating the sweet accomplishment and mourning the end of it. “I feel like sexy ends when I’m not ‘Sexiest Man Alive’ anymore,” Blake joked with Ellen DeGeneres on her show last year. “I don’t feel like it exists anymore. I feel like it’s over.”

As for Idris, we’re sure he’s still soaking in those last few moments of his 2018 glory. He seemed to really enjoy the honor when the announcement was made last year. “My mum is going to be very proud,” Idris told Jimmy Fallon on an appearance on The Tonight Show Starring Jimmy Fallon last year.

If John’s looking for a little advice, he can look no further than 2016 honoree The Rock, who gave some tips on what exactly makes someone a standout in the sexy department. “And I think probably just not trying to be sexy and just being cool and confident in your movies,” he shared. “I think with a lot of my fans, I’ve gotten to a very, very cool place where there’s a direct line between the man they know off-screen and the man they see on-screen.”

my secret is out. I have fulfilled my dream of having boned @people‘s sexiest man alive!! an honor!!!!! pic.twitter.com/xu7ygnhOZk

The congratulations are rolling out in full force, with many celebrities and fans sharing their appreciation for the star and his amazing smolder. No one had a better reaction than his hilarious wife Chrissy Teigen who had the perfect response.

She tweeted, “my secret is out. I have fulfilled my dream of having boned  @people’s sexiest man alive!! an honor!!!!!”

This win should come as no surprise to Chrissy who once described their relationship to Vogue as “keeping it sexy.” When asked about that remark by her husband in a recent Vanity Fair video, Chrissy had something a little NSFW to share. “I would use those words to describe us this morning,” she said with a mischievous look on her face. Looks like she’s got a lot more to celebrate.

The Boys Season 2: Premiere Date, Trailer, Cast, Spoilers and More
NASCAR’s Jimmie Johnson Drops Out of Race After Testing Positive for Coronavirus
These Finds From Madewell’s Extra 30% Off Sale Will Become Your New Summer Staples
Elton John Honored With His Own Official UK Coin
Pop Smoke’s Album Cover: The Story Behind the Last-Minute Switch