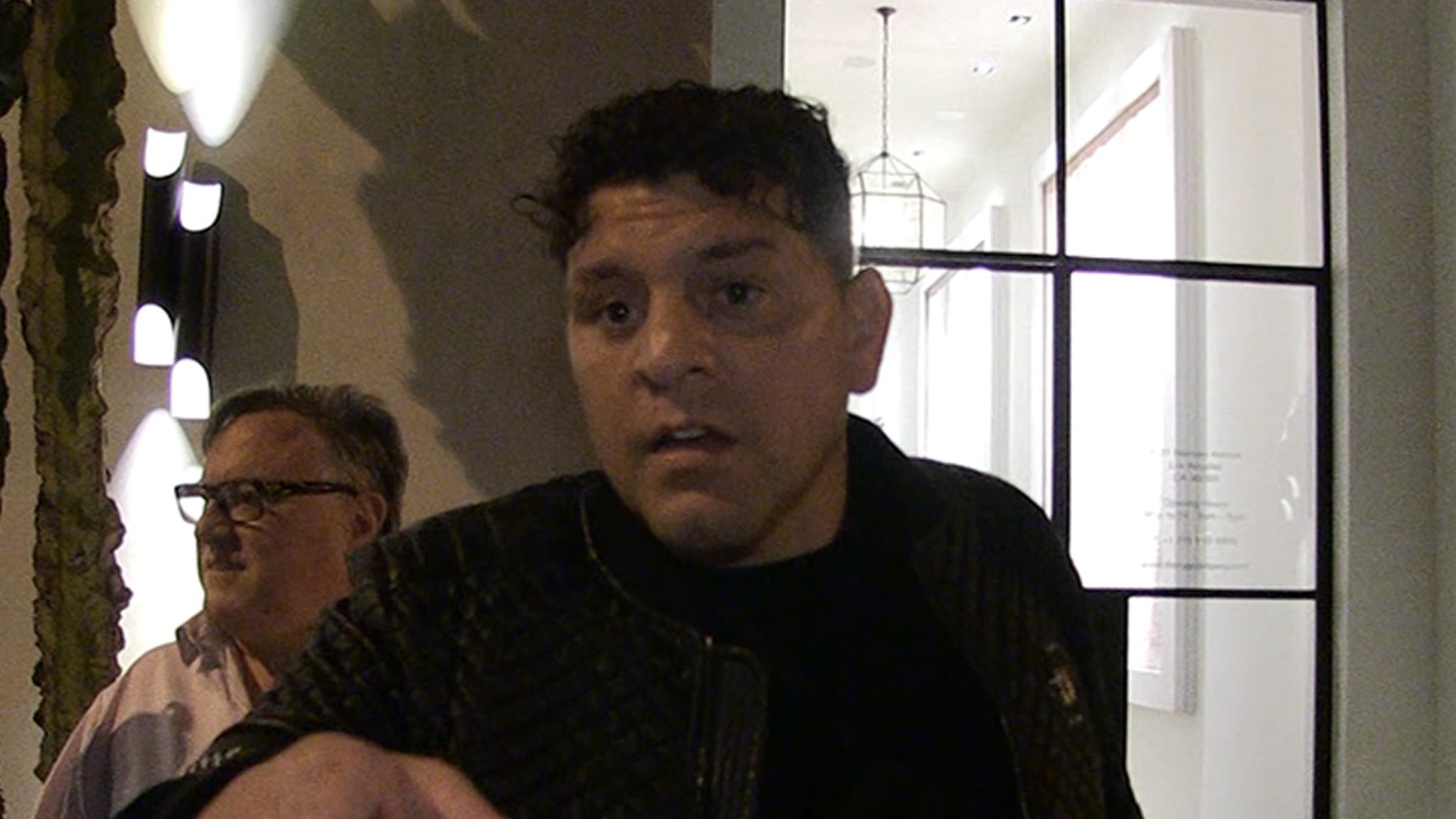 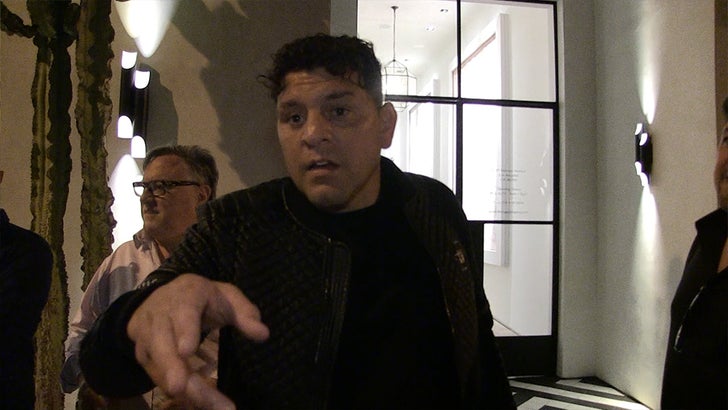 Colby just went off about Nick during an interview with Helen Yee — claiming he had signed a contract to fight Nick at Madison Square Garden in 2018 … but Nick wouldn’t put pen to paper.

“Nick was on board, he gave his verbal to the UFC that he wanted to fight me,” Covington said … “but when they sent him the contract, he never signed the contract.

He added, “We find out that he’s a Stockton soy boy. He’s scared. He has Stockton slaps but I got MAGA bombs and he ain’t got sh*t on MAGA bombs.”

So, when we saw Nick leaving Catch in L.A. on Monday, he disputed Colby’s version of the story — saying, “I’m not gonna sit here and call the man a liar, I never heard about it. I just found out.”

But, Nick isn’t a guy to dive into the details, he simply made a street offer to Colby instead.

“If you wanna fight man, you know where to find me. I’m not a hard guy to find … step in my motherf*cking range right here.”

We also asked Nick about Georges St-Pierre — and Diaz told us that there’s no bad blood, he actually likes GSP … he just wants the guy to move on with his life.