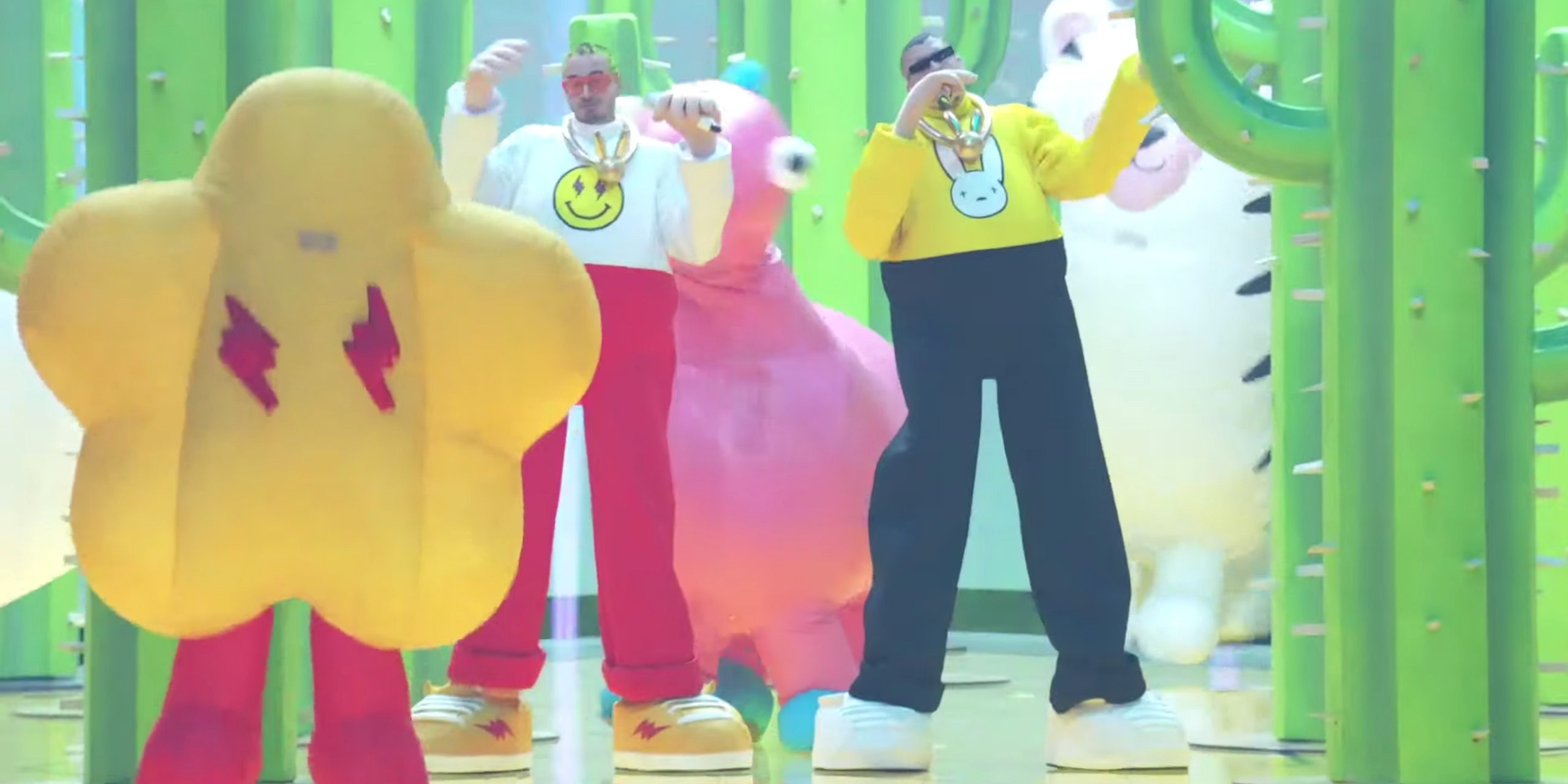 Bad Bunny and frequent collaborator J Balvin took the stage tonight at Newark’s Prudential Center for the 2019 MTV Video Music Awards. They played recent single “Que Pretendes” from their joint LP OASIS, all while dangling from the ceiling, dancing with bouncing animals, and tromping around in very large shoes. Check out their bonkers performance below.

Read “Urbano Reached Critical Mass in 2018. Now Can It Be Normalized?” on the Pitch.

Follow all of Pitchfork’s coverage of the 2019 MTV Video Music Awards.