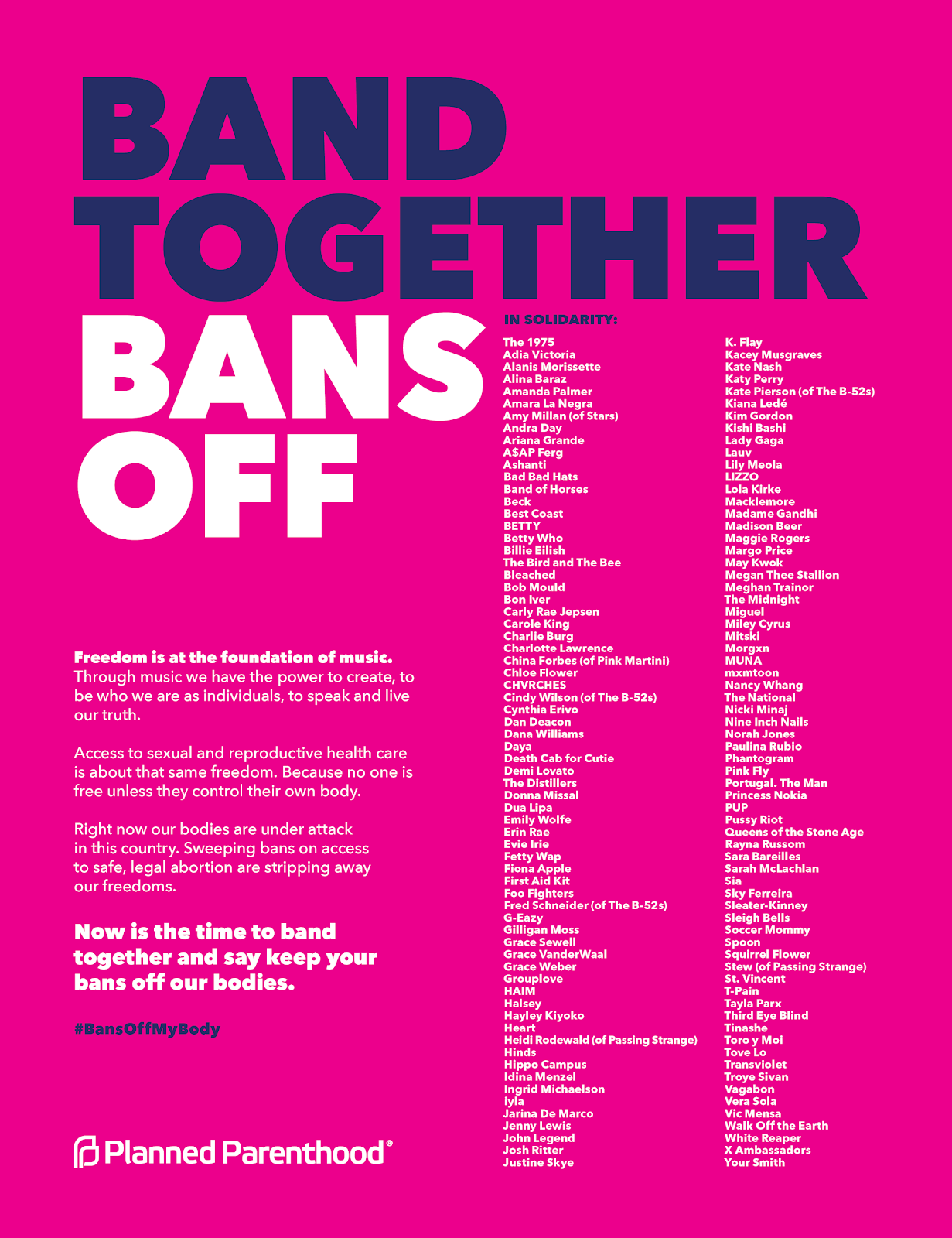 Today (August 26) is Women’s Equality Day, and nearly 140 musicians—including Lady Gaga, Lizzo, Ariana Grande, Billie Eilish, and many others—have joined a new Planned Parenthood campaign called #BansOffMyBody in support of reproductive rights and abortion access. The artists have signed their names in a new full-page ad running in the August 24 issue of Billboard in order to raise awareness about the harm of sweeping early abortion bans across the country. Supporters are also encouraged to add their name to a national petition calling for an end to the abortion bans. Planned Parenthood is aiming for a goal of 500,000 signatures by the anniversary of Roe v. Wade in January 2020.

Other musicians who have signed the campaign include Bon Iver, the 1975, Nicki Minaj, Fiona Apple, HAIM, Troye Sivan, Megan Thee Stallion, Miley Cyrus, and Kacey Musgraves. See all the names in the ad below.

“I’m proud to be standing up for Planned Parenthood as they fight for fair and equal access to reproductive rights,” Billie Eilish writes in a statement. “We cannot live freely and move fully in the world when our basic right to access the reproductive health care we need is under attack. Every person deserves the right to control their body, their life, and their future.”

In the past few months, Ariana Grande and Travis Scott have donated concert proceeds to Planned Parenthood.