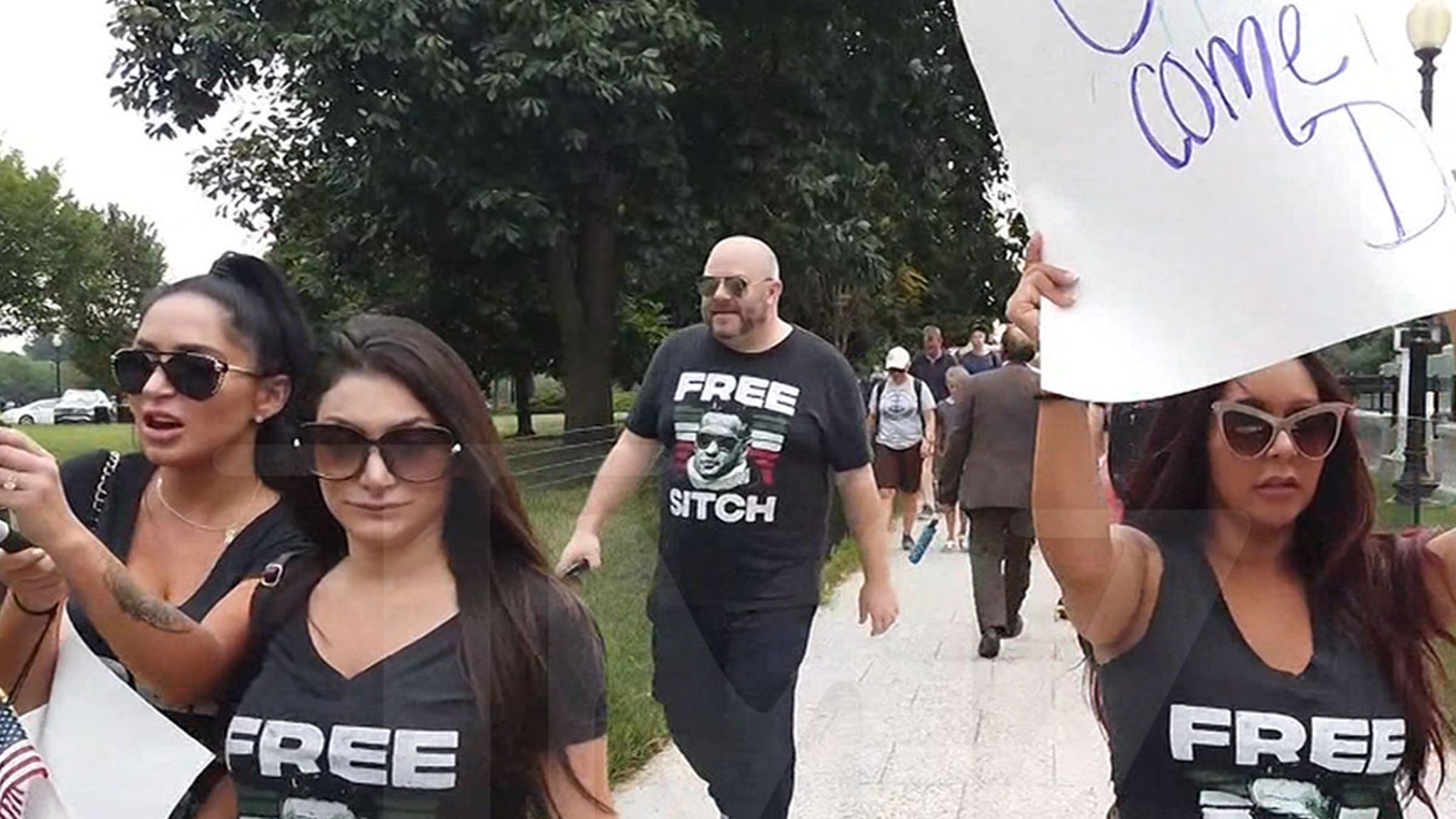 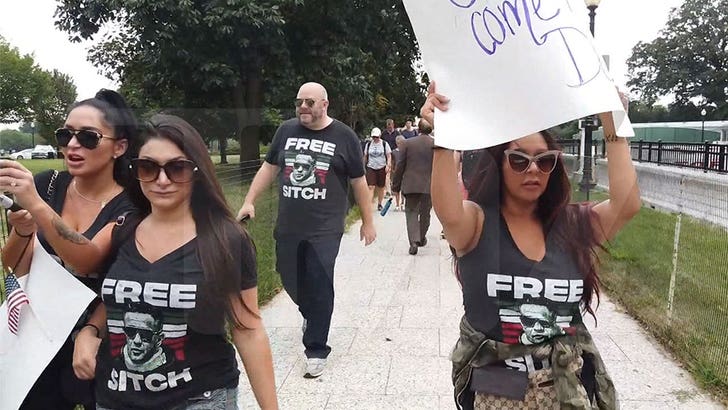 Mike “The Situation” Sorrentino only has a few weeks left to serve on his prison sentence, but the ‘Jersey Shore’ ladies can’t wait that long … so they’re exercising their First Amendment rights to make it happen NOW … but they picketed at the wrong building!

JWoww, Snooki, Angelina and Deena made donning “Free Sitch” t-shirts and carrying picket signs to get The Situation out of lockup early, but there was one problem — they don’t quite have the clout of Kim Kardashian … who actually got inside The White House.

The girls’ futile effort to jawbone with Donald Trump proved futile, but it looks like they got their landmarks wrong, because they ended up picketing outside The Treasury Building.  Last we knew, the Treasury Sect’y can’t pardon felons.

Hey, it’s the thought that counts. 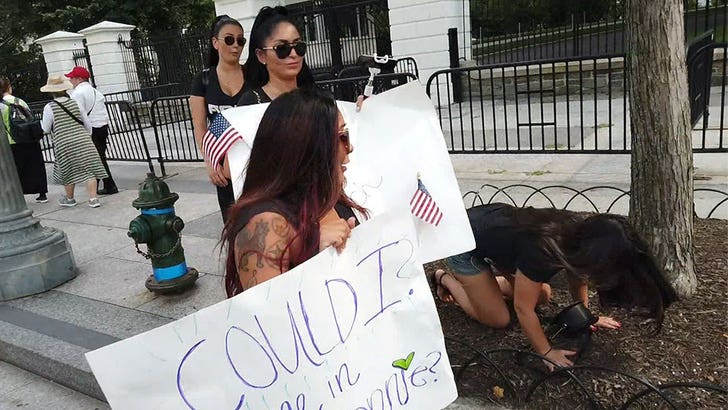 In true ‘Jersey Shore’ fashion, at least one member of the cast had to embarrassingly eat sh*t on camera … unsurprisingly, it was Deena.

She once said, “Face down ass up, that’s the way I like to have a good time” … looks like she takes that motto on the road.

As we reported, the Sitch officially started his 8-month prison sentence for tax evasion back in January. He’s due to be released September 12 … no thanks to his castmates … or the President.