Miley Cyrus and Liam Hemsworth may be broken up, but as far as their families are concerned, this isn’t over till it’s over.

After all, it’s been ten years of break ups and makeups for Miley and Liam. They’ve called off engagements, dated new people and even released tearful songs about the demise of their relationship. But they always seem to overcome their differences and find their way back to one another. So, it makes sense that their respective families are urging them to view this split as a break for the time being, a source shares.

“Their families have urged them to take some time to breathe before they make any final decisions,” the insider reveals. “They are both upset about how this has blown up and are both hurting right now.”

But, as Miley illustrates in her new song “Slide Away,” things didn’t go the way they hoped they would. The source explains that leading up to their wedding, “they were in a great place,” which inspired them to “finally tie the knot”. But afterwards, the source says, “Their relationship completely changed.”

According to the insider, their priorities in life are different. “Miley got back in the studio and was focused and serious about her new music,” the insider says.

Meanwhile, the insider claims, “Liam was continuing to party with his friends.” And, while she used to enjoy partying with Liam in the past, the insider says that the “Can’t Be Tamed” singer has actually become quite tame. “They used to party, but Miley outgrew that phase.” 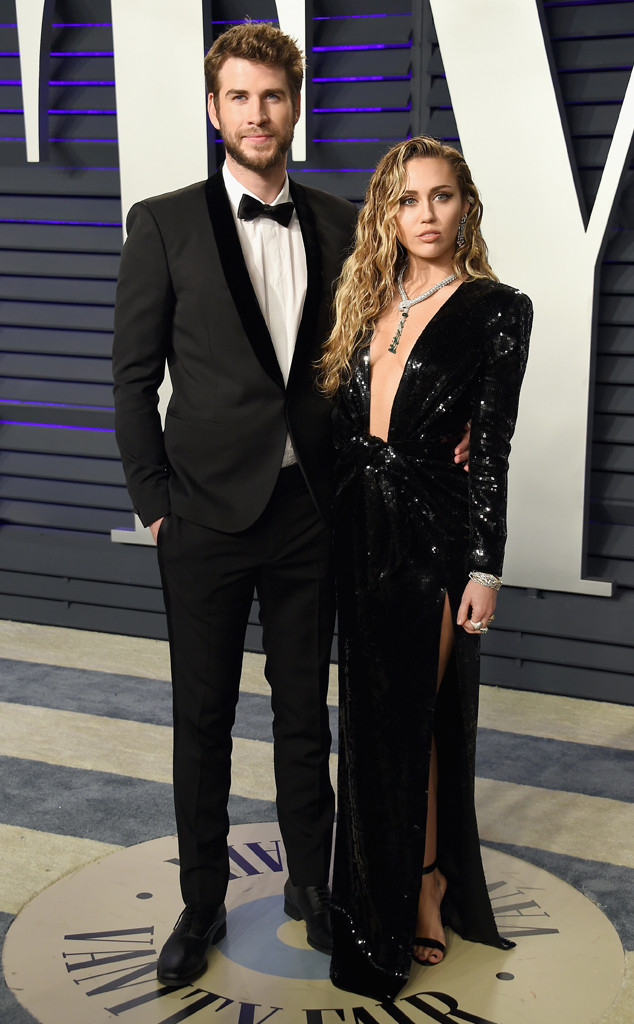 However, as E! News previously reported, the songstress is “willing” to see if time truly heals all wounds. The source shares that the two “plan to spend a lot of time apart,” which will be easy considering Liam is “clearing his head” in Australia with his family and Miley is in Los Angeles with her flirty friend Kaitlynn Carter.

Moreover, the source reveals they are “trying not to communicate and really give each other space,” especially since they are “both hurting right now.” Yet, as history has proven, there is an undeniable attraction between the pair. The insider is adamant, “There’s definitely a chance that they will get back together.”

Nonetheless, it’s unclear if they will ever be able to reconcile after how things have “blown up.” The source says, “Neither Miley or Liam have decided when they are going to take the next step of filing for divorce, because there is a chance of reconciliation.”