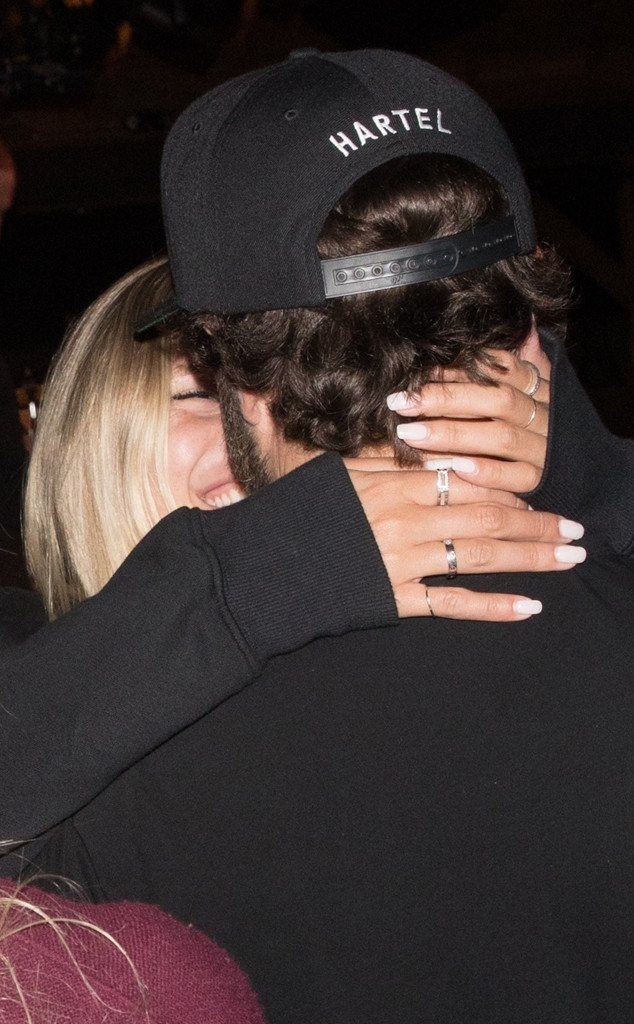 It looks like things are heating up even further between Brody Jenner and Josie Canseco following his split from Kaitlynn Carter.

The 35-year-old star of The Hills: New Beginnings and the 22-year-old Victoria’s Secret model and former Playboy Playmate, daughter of retired baseball star Jose Canseco, were seen showing some PDA while out in Los Angeles on Friday night. She supported him at his DJ gig at the 1720 club in Downtown Los Angeles. The two were photographed outside, walking together and kissing.

Their outing comes several days after the two were first linked romantically. A source told E! News on Tuesday that Brody and Josie have “seen each other and it could turn into something. But to say they are dating is a little bit premature.” Another source said at the time, “Brody and Josie are not dating. They have hung out maybe three times since Brody’s split from Kaitlynn.”

On Wednesday, Brody and Josie were spotted out together at a nightclub in Los Angeles, wearing similar outfits. Another source said at the time that the two left together and then went to a house party with friends.

Brody and Josie’s rumored romance comes more than two weeks after his and Kaitlynn’s split was announced, which comes a year after they had a wedding ceremony in Indonesia, which is not legally binding.

Following the breakup news, Kaitlynn, 30, made headlines by being photographed kissing Miley Cyrusduring a girls’ trip to Italy. The 26-year-old singer recently announced her own breakup from husband Liam Hemsworth, 29. Brody poked fun at the kissing pics on Instagram.

On Friday morning, Brody took to social media again, this time to thoroughly defend his ex amid a slew of negative responses to their split and aftermath.

“Kaitlynn and I have been best friends for 6 years, and we continue to be. We, like many others before us and many after us, grew in different directions over those same 6 years,” he wrote on Instagram. “Kaitlynn is a wonderful person, beautiful and fun to be with, always a positive force in my life. We decided the best move for both of us was to keep our love for watch other strong but move forward separately with our lives. I respect Kaitlynn and care deeply about her. She deserves to be able to move forward with her life with respect and happiness.”