It’s a new era of The Voice.

Season 16 will be the first season of the NBC singing show without Adam Levine as a coach, but it’s hard to imagine we won’t have a good time with his replacement. E! News has your exclusive first look at the colorful key art for season 16, featuring original coach Blake Shelton alongside Gwen Stefani, Kelly Clarkson, and John Legend.

Blake has been with the show since the first season, and this will be Kelly’s fourth in a row, and John’s second in a row. Gwen previously served as a coach in seasons seven, nine, and 12, so this is a season full of vets, though only Gwen has never won a season. 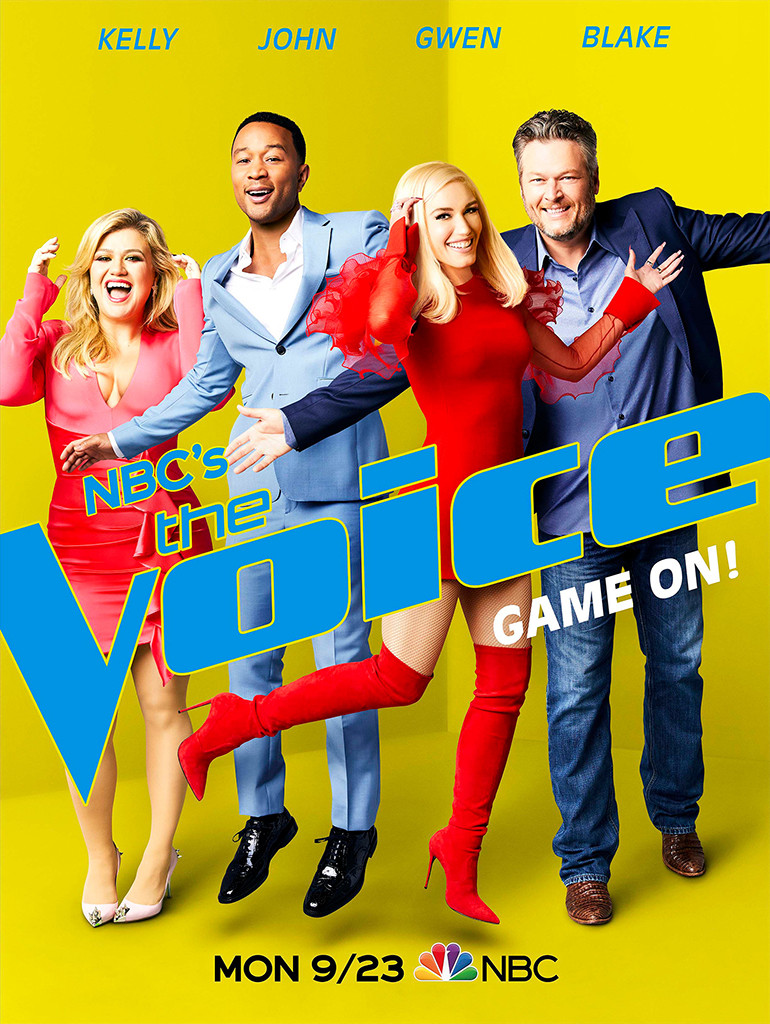 Adam’s exit was announced on the Today Show by Carson Daly back in May, while he was previously announced as a season 17 coach, and Levine later said it was “time to move on.” He also expressed love for his longtime work frenemy Blake, as the pair had been known for their loving bickering since the very first season.

“BLAKE F–KIN’ SHELTON. I couldn’t hide my life for you if I tried. Seriously. I tried. Can’t do it,” Adam wrote on Instagram. “Our friendship is and always will be one for the books. Whatever this whole surreal experience was, [I’m] just happy I got to experience it with you. You’re my brother for life. Kelly and John, take care of the cowboy and I’m sure I’ll be back to say hi very very soon. So much love to you both.”

Now, instead of the bromance between Adam and Blake, we get the actual romance between Gwen and Blake, who have been dating since 2015 and are no strangers to competing against each other in the Voice chairs. Kelly and John proved over the past few seasons that they’re more than up to the challenge of facing off with Blake, so there are a whole lot of reasons to believe this season’s going to be pretty darn good.

We’ll find out for sure when The Voice returns Monday, September 23 at 8 p.m. on NBC.

E! and NBC are both part of the NBC Universal family.