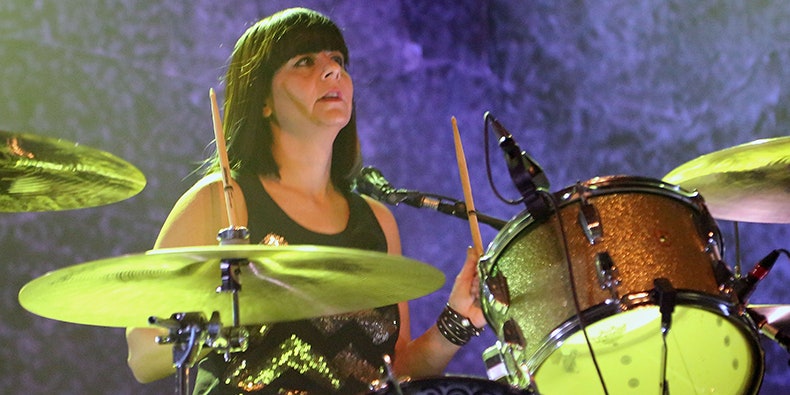 Tonight, Janet Weiss revealed that she’s recovering after being involved in a car accident last weekend that left her with a broken right leg and left collar bone. Her planned upcoming shows with Quasi have been canceled. She says her recovery time is 12 weeks.

“As thoroughly bummed as I am about canceling the shows, I’m also incredibly thankful the accident wasn’t worse and so happy to be alive,” she wrote. “I am lucky my injuries will heal and I’ll be back at it in a couple months.” Weiss thanked her surgeon, nurses, and family. “Hug your people and tell them you love them,” she wrote. Read her entire note below.

Earlier this year, Weiss announced her departure from Sleater-Kinney. She contributed to their new album The Center Won’t Hold, which is out this Friday. Following her announcement, she appeared at Newport Folk Festival and played drums for Kermit.