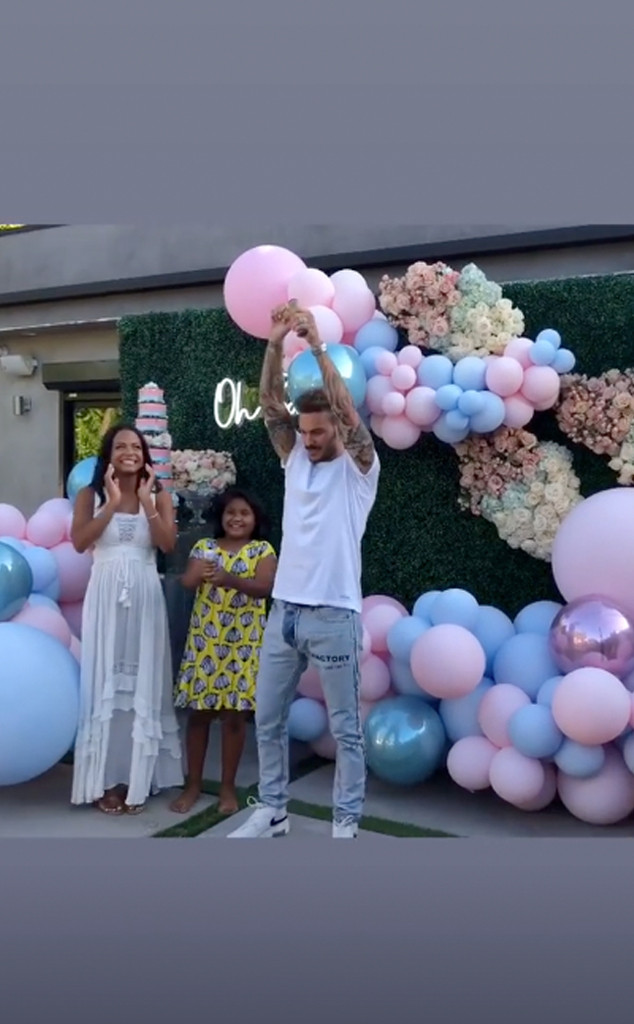 Pregnant Christina Miliancan forget about all that sugar and spice.

The Love Don’t Cost a Thing actress and boyfriend Matt Pokora revealed on Monday that they’re expecting a baby boy following a super cute gender reveal party. (There was cotton candy, balloons and two Magnolia Bakery cakes.) “We’re above and beyond Cloud 9!!” the 37-year-old singer captioned a series of pictures of her and Pokora surrounded by a cloud of blue smoke.

Earlier, in videos posted on his account, the happy couple and her daughter Violet, 9 (from a previous relationship), were seen counting down from 10 before excitedly releasing the colored fog. “It’s a big day,” she teased on her Instagram Story. “What’s it going to be?”

For his part, the French singer, 33, could not contain his joy. “On t’attend mon FILS,” he wrote alongside a soccer ball emoji. The translation: “We are waiting for you my son.”

Milian announced her pregnancy in late July, posting a picture of her, Pokora and a sonogram on her Instagram.

This will be Milian’s second child and Pokora’s first.

“We got along so long so well from the very beginning,” Milian has raved of her love. “We have the best time together. I could spend every day with him, every moment and everything. It’s been cool. We just have a good time.”

Congratulations to this soon-to-be party of four!