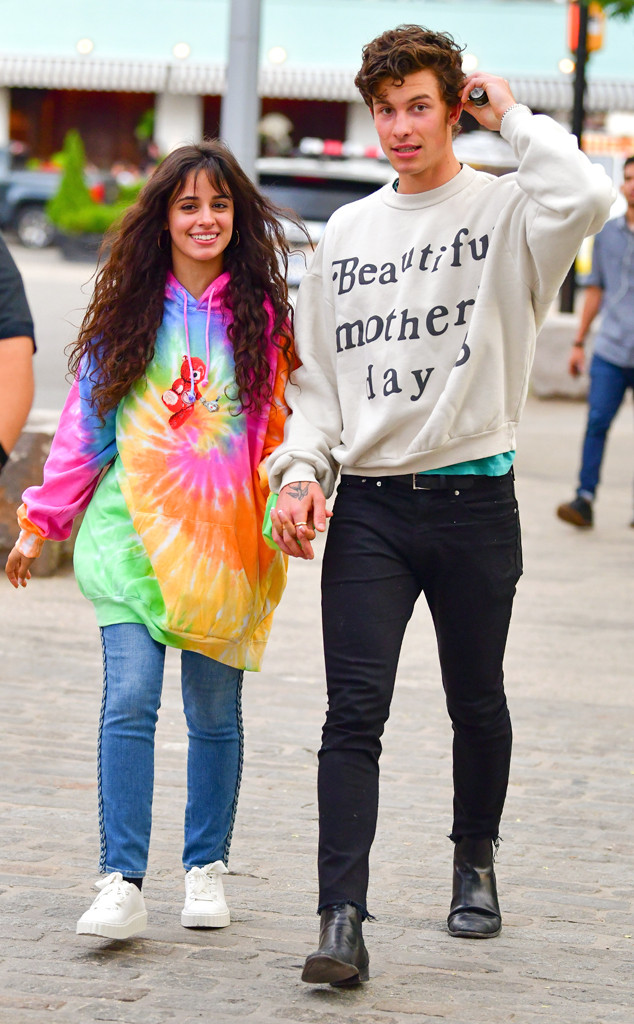 Things are still heating up between Camila Cabello and Shawn Mendes.

The “Señorita” singers continue to spark romance rumors, and their latest outing is adding more fuel to the fire. On Friday afternoon, the two appeared to take a romantic stroll in Brooklyn, New York. They were all smiles as they walked hand-in-hand in the Big Apple.

What’s more? The pair met up with Mendes’ parents, which came a day after his 21st birthday celebration.

For the occasion, the “Havana” singer kept things fun and casual, wearing an over-sized tie-dye hoodie (which happened to be from Travis Scott‘s “Astroworld” tour merch) with jeans and white sneakers. The 21-year-old star also threw on a laid-back ‘fit and donned a beige sweater with black jeans and boots.

This wasn’t the first family affair, though.

Just last month, Camila and her family were spotted at the “Stitches” singer’s Miami concert. From social media posts, it appeared the 22-year-old star was the life of the party at her rumored beau’s show.

While the two stars have yet to confirm their relationship, they’ve been packing on the PDA in recent weeks. 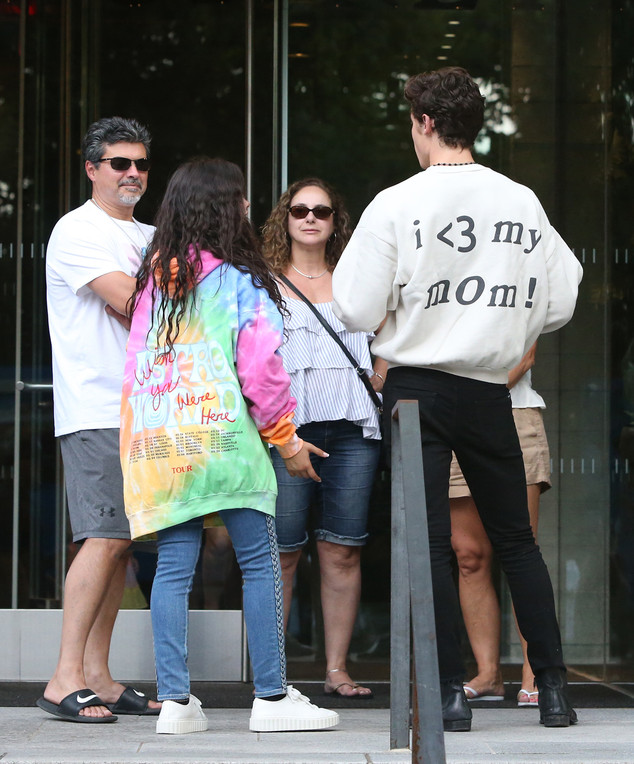 The lavish birthday bash took place at Harriet’s Rooftop & Lounger at the 1 Hotel Brooklyn Bridge. From an Instagram video of the party, the two were spotted making out.

“Shawn held a party last night for his closest group of friends. It was very low key but he did get loose with his friends,” a source told E! News of his milestone birthday celebration. “Shawn and Camila arrived together holding hands and everyone inside cheered for them as they walked in.”

The insider added, “Camila was by his side the majority of the night and they looked really cute together. They took photos together and were on the beer pong table together at one point. Camila also planted a huge kiss on Shawn during the night and it was super cute.”

Last month, another insider told E! News “they are going for it without holding back.”

“This step in their relationship is exciting for them both,” the source shared at the time. “They haven’t wanted to be apart at all. It’s 24/7 and all out at this point.”