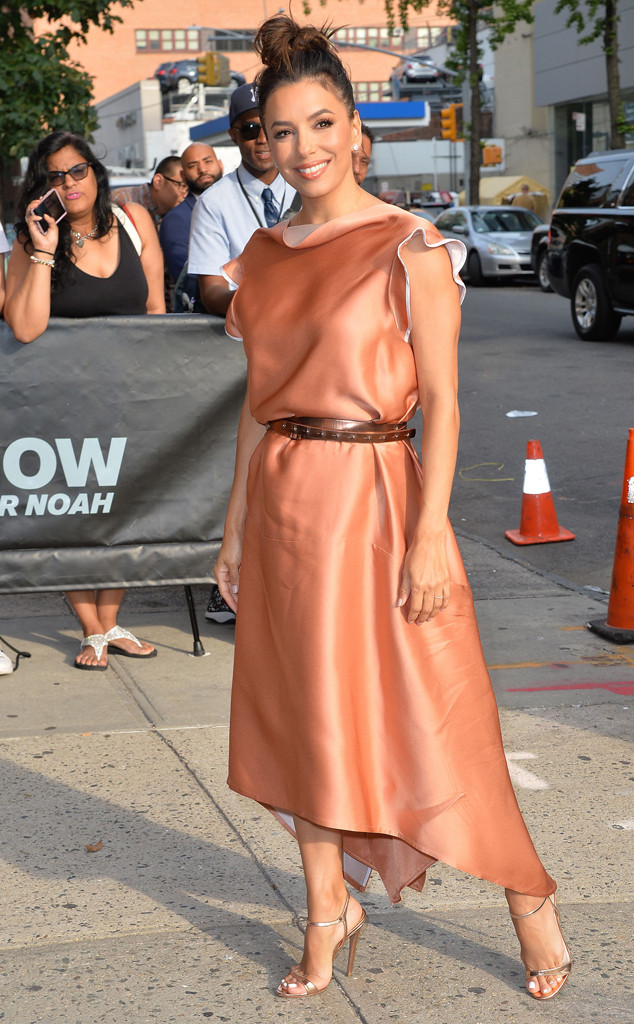 Eva Longoria is spilling secrets about her celeb pals!

While appearing on Watch What Happens Live on Thursday night, alongside Julianne Moore, the actress took part in a game of “Shady Questions.” During the game, the Dora and the Lost City of Gold star answered a series of questions about her A-list peers.

When asked which of her famous friends got the “drunkest” at her 2016 wedding to José Bastón, Longoria said it was a “toss” between two major celebs: Ricky Martin and Victoria Beckham!

“Be honest, have you ever seen an episode of Teri Hatcher’s YouTube series?” Shady Boots asked Longoria.

Longoria was later asked about the 2013 dating rumors involving her and George Clooney. Did he really try to pursue her and did she really turn him down?

See what Longoria had to say about the relationship speculation in the video above!

Book Riot’s Deals of the Day for June 24, 2022
Sister Wives: Christine and Kody Brown’s Daughter Mykelti Brown Is Pregnant With Twins
Watch Kendrick Lamar Perform at Louis Vuitton’s Paris Fashion Week Showcase
That’s Not Even Her Real Name: 70 Fascinating Facts About Meryl Streep
As Sandra Bullock Prepares To Take A Break From Acting, The Star Talks About Feeling ‘So Burnt Out’ From Her Career