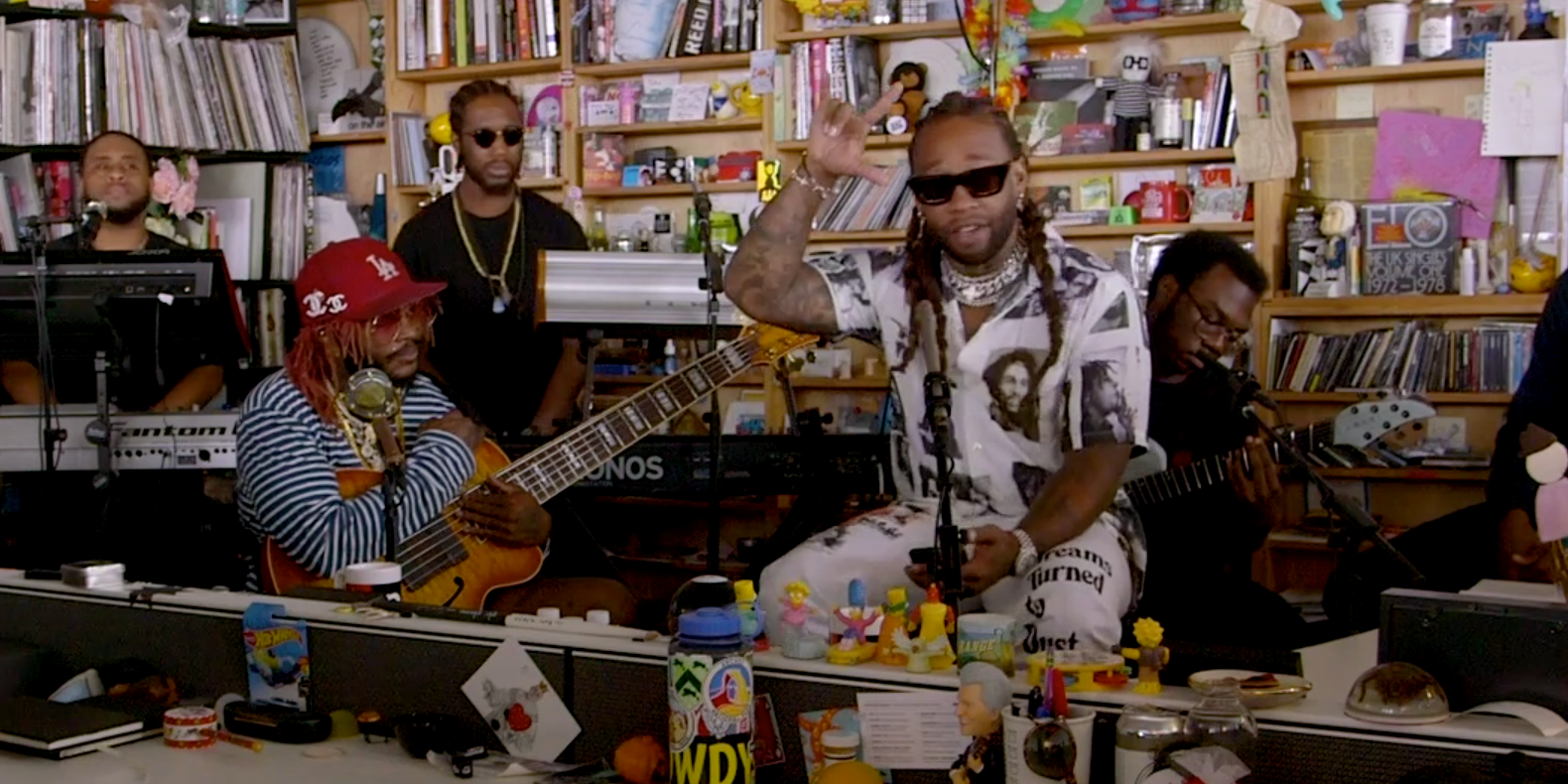 Ty Dolla Sign was the latest guest in NPR’s “Tiny Desk Concert” series. Backed by Thundercat and Justus West—both friends and collaborators of Mac Miller, who had played at the desk one year before—he performed a concert that will air later. When notified that it was the anniversary of Miller’s performance, however, they decided to play “Cinderella,” the Divine Feminine track featuring Ty, in tribute to the late rapper. Watch it happen below.