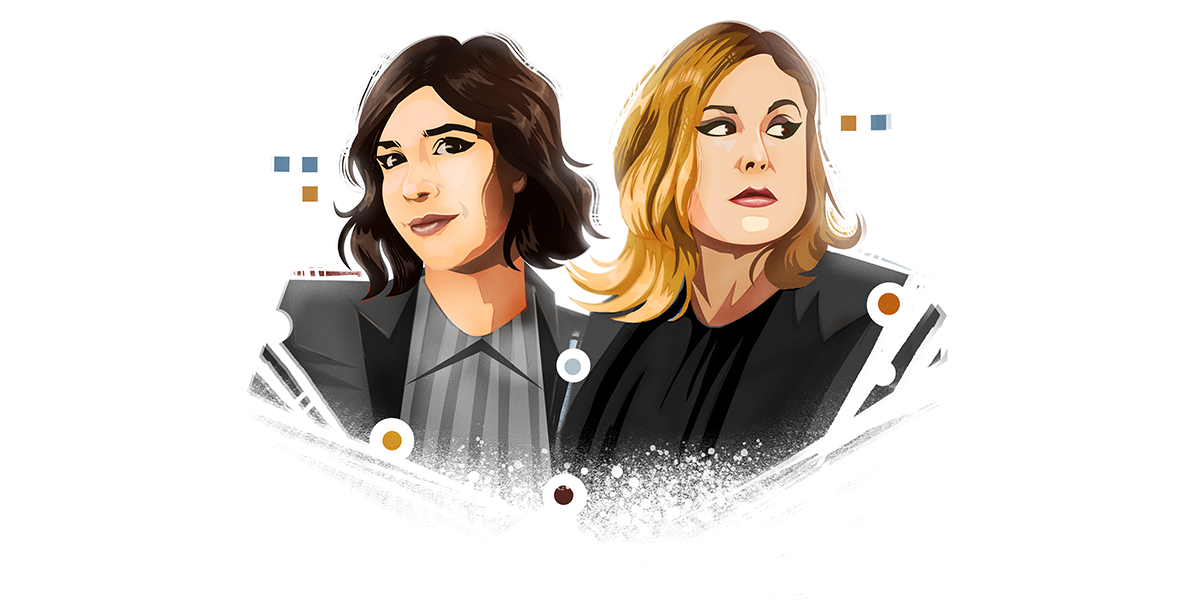 Sleater-Kinney are the latest guests on “Song Exploder,” the podcast hosted by Thao Nguyen. During the interview, Carrie Brownstein and Corin Tucker discuss “The Future Is Here” from their St. Vincent-produced new album The Center Won’t Hold. Tucker explains her original idea to duet with a male vocalist, inspired by experimental opera singer Joseph Keckler, before St. Vincent suggested Tucker sing both parts herself. “There are so many different voices that a songwriter can explore that don’t have to be tied to your own gender or your own body in any way,” Tucker says. “That’s a really freeing element of writing.” Listen to the full episode below.

The Center Won’t Hold is out August 16. The band’s tour—their first since the departure of Janet Weiss—kicks off in October.