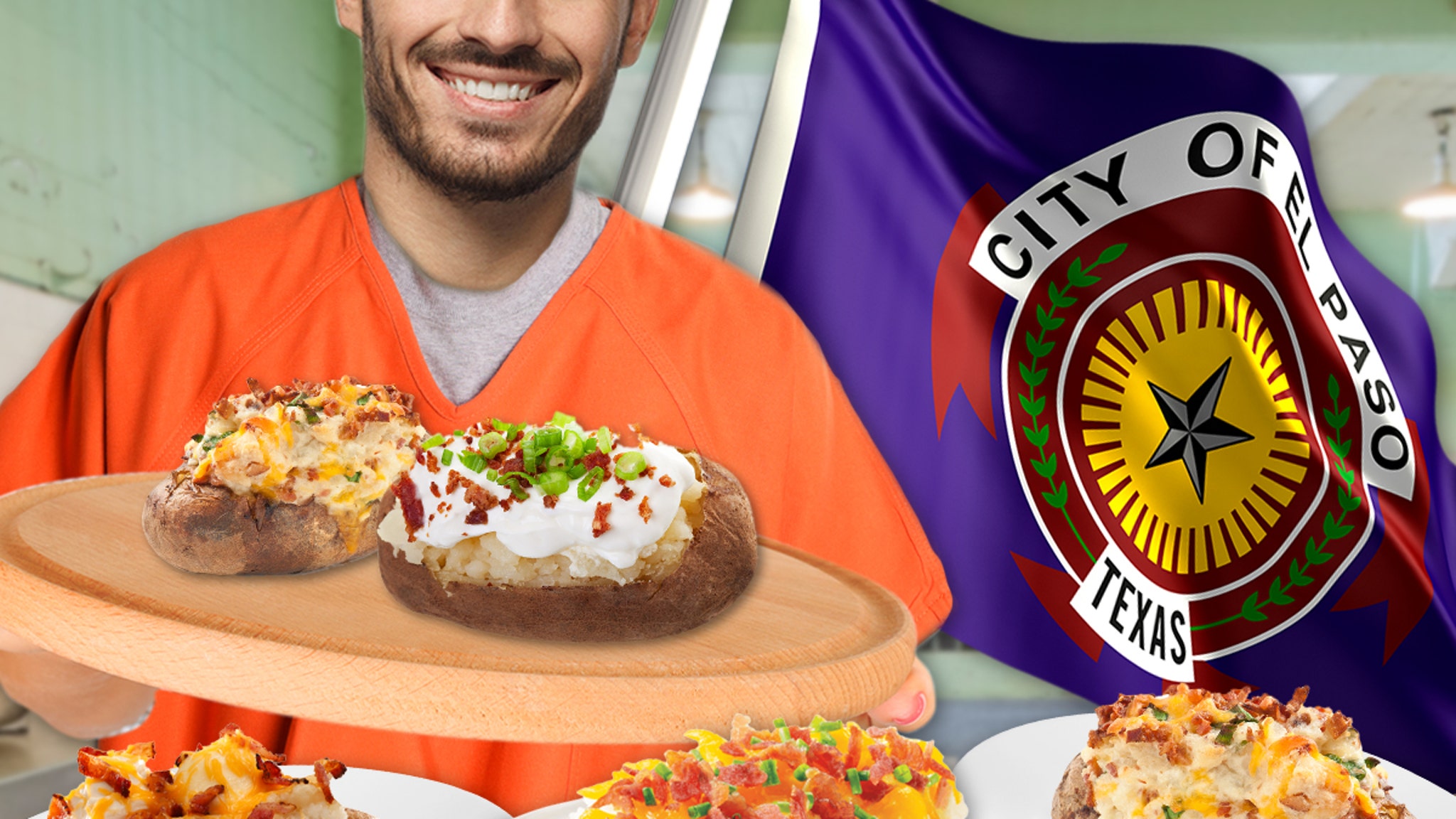 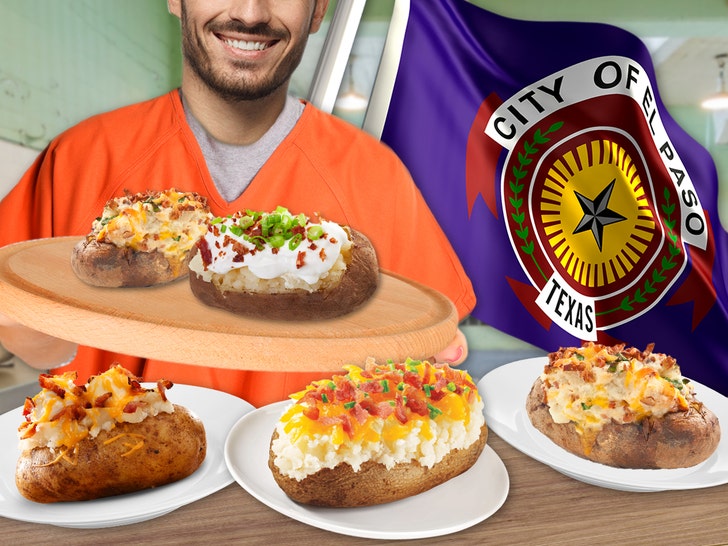 Prisoners near El Paso are holding a bake sale for the victims of the mass shooting this weekend — and by bake … we actually mean baked potato.

The Otero County Prison Facility — which is in Chaparral, New Mexico, about 30 minutes North of the Texas town — is putting on an event Friday on its grounds, where inmates will be selling loaded baked potatoes to prison staff … in an effort to raise money.

Nissi Jimenez, an Otero County Prison official, says the facility wanted to help their neighbors in any way possible … figuring it would be a great way to help the grieving community with an in-house effort. All proceeds will be given to the El Paso Community Foundation, which is facilitating donations for the victims and their families. 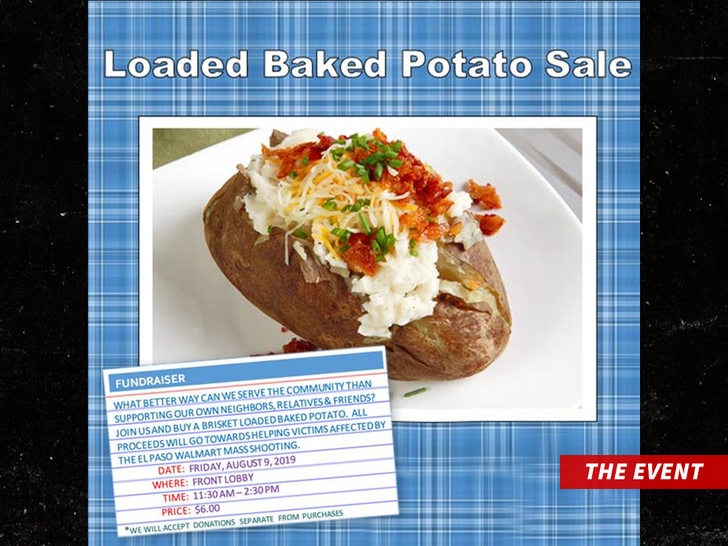 As for how it’ll work … we’re told the prison bought around 150 potatoes for the event, and plan to have 15 inmates working the kitchen to hand out the stuffed snack at $6 a pop, plus charging extra for add-ons.

Their goal is to raise $1,000 in baked potato sales … but the facility is also taking straight-up check and cash donations in addition to potato profits. It’ll all go down in the front lobby, where hundreds of prison employees are expected to attend.

There are more ways the prison plans to contribute — Jimenez says there are extracurricular clubs in which prisoners participate, and 4 of them have committed to donating money toward the event … upwards of $1,000 has been pledged so far.

22 people were killed in Saturday’s massacre, and dozens more were injured. The suspected shooter, Patrick Crusius, was taken into custody.