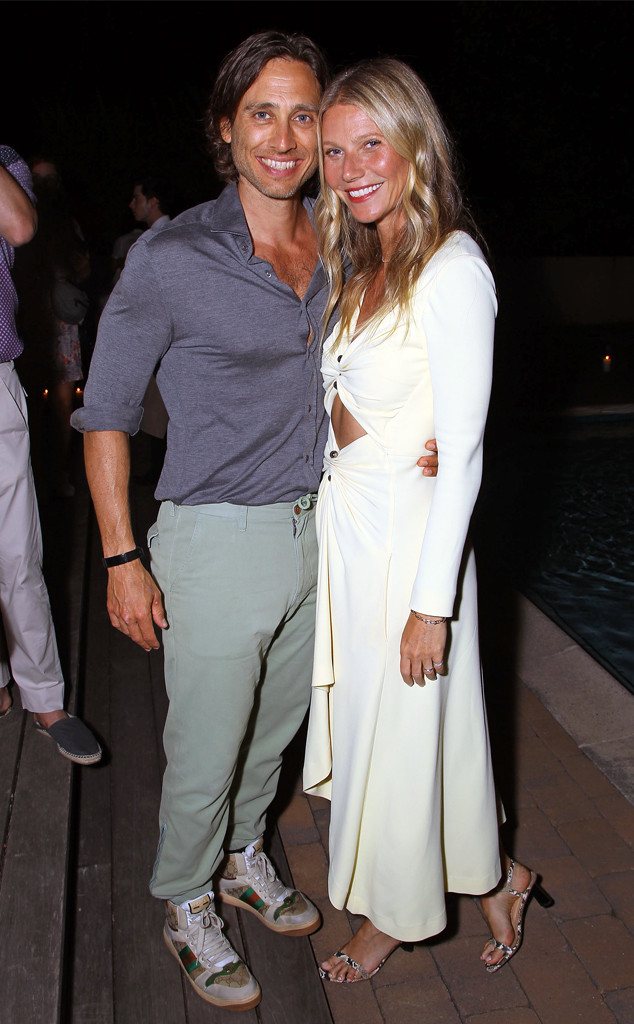 Yes, at long last, the duo—they wed in September 2018—are moving in together, the actress revealed while speaking with InStyle for their 25th anniversary issue.

“Married life has been really good,” the Oscar winner raved. “And now we’re moving in together this month. I adore my husband. He’s brilliant and deeply kind. I feel like he’s a real equal too. And he pushes me in the best ways. I really like being married. It’s fun.”

Allow us to jog your memory: In June, the Goop founder admitted that Falchuk didn’t actually live with her, despite exchanging vows. Rather, he would spend four nights a week at her place then crash at his pad for the remaining days. “All my married friends say that the way we live sounds ideal,” she told U.K.’s Sunday Times, “And we shouldn’t change a thing.”

After all, Paltrow—she shares kids Apple Martin, 15, and Moses Martin, 13, with ex husband Chris Martin—isn’t one to live conventionally. And, at 46, she doesn’t care what you think of her choices or lifestyle. Indeed, she’s more confident and self-assured than ever.

“Forty is amazing,” she raved to InStyle. “I mean, every year since, I’ve felt much closer to myself.”

“At this stage I’ve realized the secret to wellness is a little bit of everything,” she continued. “It’s sleep. It’s hydration. It’s nutrition and exercise. It’s not being toxic. It’s watching your tongue. It’s being around people who love you and who are honest with you. It’s about seeing Dr. Dray—the dermatologist, not the rapper—in London or Paris, whenever I can get over there. And drinking is part of my wellness program too.”

Just one thing: Don’t call her an influencer. Ever. As she told the magazine, “I’m a little bit allergic to the word.”

One of Nordstrom’s Best-Selling Bras Is Majorly Discounted for the Nordstrom Anniversary Sale
Furiosa’s Official Synopsis Confirms A Returning Mad Max Character And May Reveal Chris Hemsworth’s Role
Wicked’s Songwriter Explains Why Jon M. Chu’s Adaptation Had To Be Two Movies, And He May Have Given Away Where Part 1 Ends
Here’s Where Summer House’s Danielle Olivera and Ciara Miller Stand Today
‘Elvis’ Shakes, Rattles & Rolls To $31M+ In Fierce Dance-Off At Box Office With ‘Top Gun: Maverick’