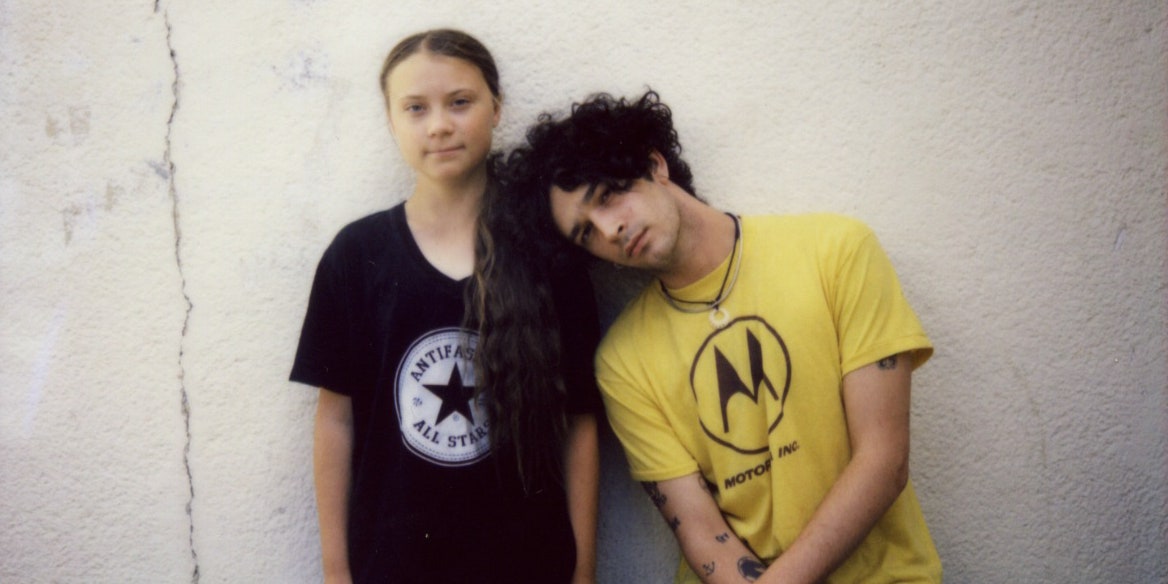 The 1975 have shared the first song off their long-teased fourth album Notes on a Conditional Form. As per tradition, it is called “The 1975.” But, this time, Matty Healy isn’t singing, and the song doesn’t include “The 1975”’s traditional lyrics (“Go down/Soft sound…”). Instead, the new “The 1975” features Greta Thurnberg, the Swedish teenager who famously skipped school to protest outside of her country’s parliament to raise awareness about the climate crisis.

“We are right now in the beginning of a climate and ecological crisis,” Thurnberg begins. Much of the ensuing audio comes from Thurnberg’s January 2018 speech at the World Economic Forum. Listen to “The 1975” below; scroll down for Thurnberg’s WEF speech.

Notes on a Conditional Form does not currently have a release date. It is the follow-up to the 1975’s A Brief Inquiry Into Online Relationships.

The 1975 are performing at this year’s Pitchfork Music Festival Paris, which takes place from October 31 to November 2 at la Grande Halle de la Villette. Tickets are available now.