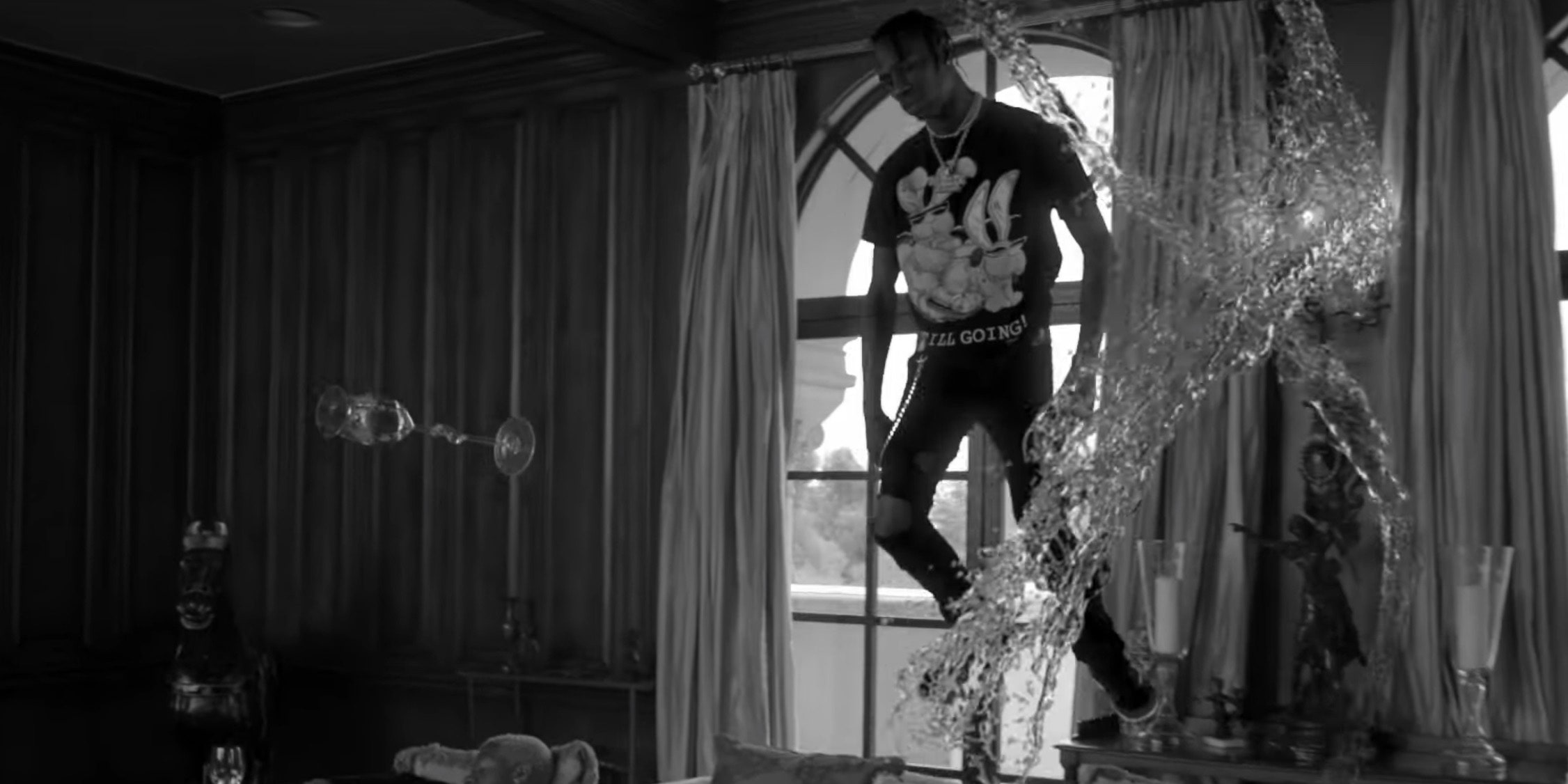 Travis Scott has shared the music video for his ASTROWORLD track “WAKE UP” (featuring the Weeknd). The black and white clip is directed by Jonah Hill. It finds Travis floating through a mansion after a party. Watch below.