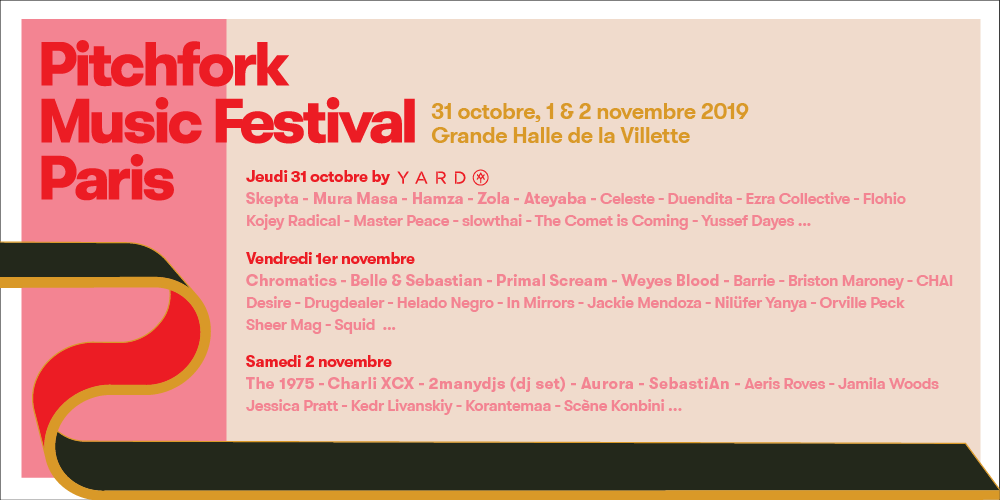 The 1975 will headline Saturday night of Pitchfork Music Festival Paris 2019. For their last album, 2018’s A Brief Inquiry Into Online Relationships, the Matt Healy-fronted band received the 2019 BRIT awards for Best British Album and Best British Group. They join Skepta and Chromatics as festival headliners. The festival takes place from October 31 to November 2 at La Grande Halle de la Villette in the 19th arrondissement, the home of Pitchfork Paris since 2011. Other acts performing include Belle and Sebastian, Charli XCX, Jamila Woods, Primal Scream, Chai, Sheer Mag, and a 2manydjs DJ set.

Pitchfork Music Festival Paris 2019 is set to be the festival’s biggest year yet, featuring over 50 acts and housing Avant-Garde’s up-and-coming acts within the walls of Grande Halle for the first time. YARD, the French reference point for urban culture, is co-presenting Thursday, which is dedicated to the new rap scene.