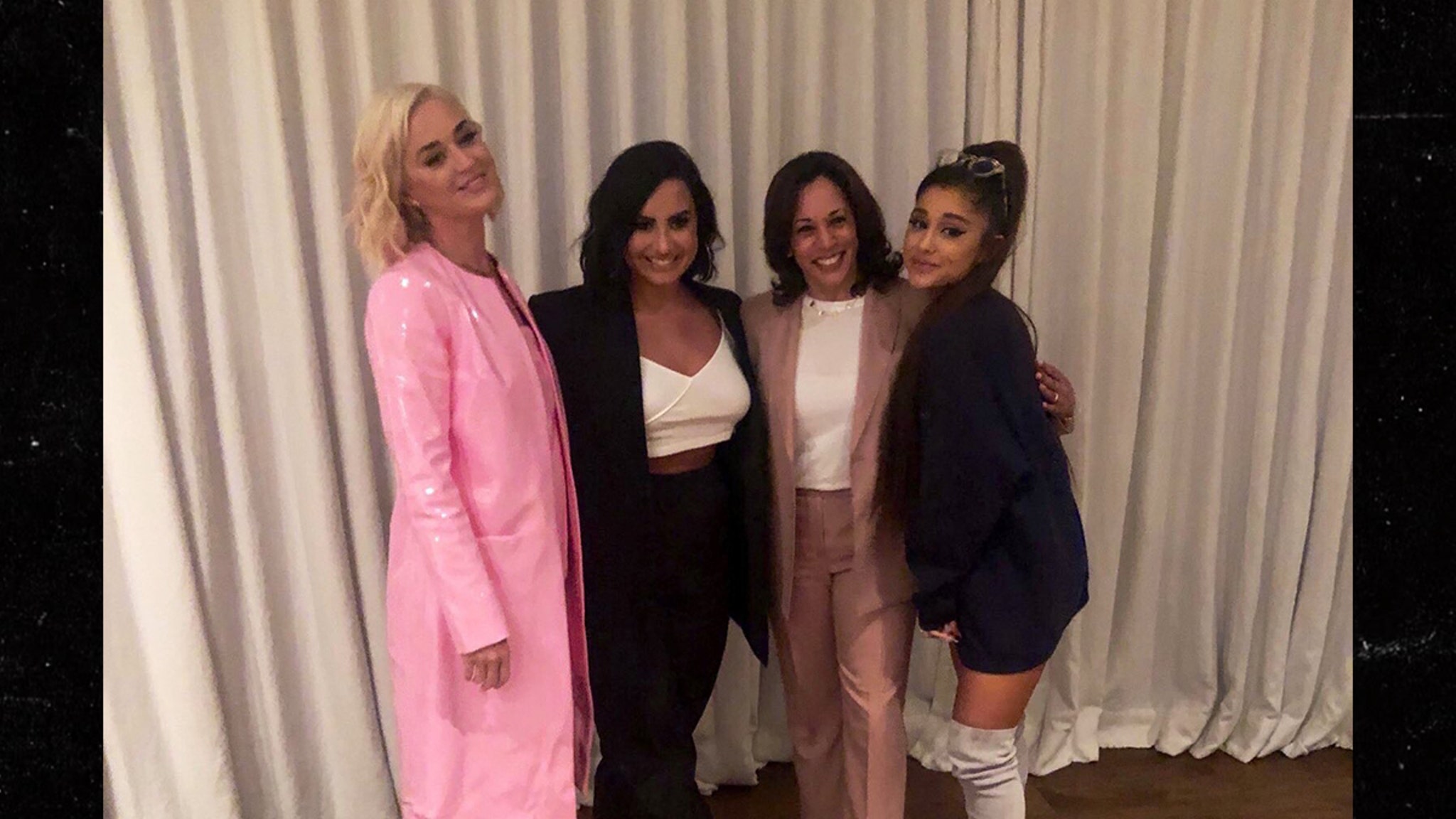 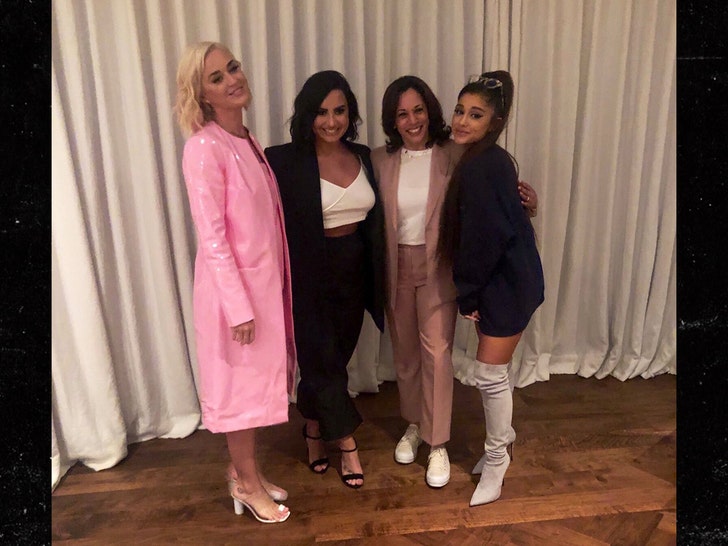 Kamala Harris seems to have Hollywood squarely in her corner as she continues her campaign for POTUS — and she’s got manager-to-the-stars Scooter Braun to thank for it.

The California senator attended a fundraiser that Scooter threw for her on Saturday, which took place at his own home in Los Angeles. Some very famous faces dropped by as well, including Ariana Grande, Katy Perry and Demi Lovato … two of whom are Scooter’s clients.

It was an RSVP event, and was slugged as a “Fireside Chat” with the presidential hopeful. 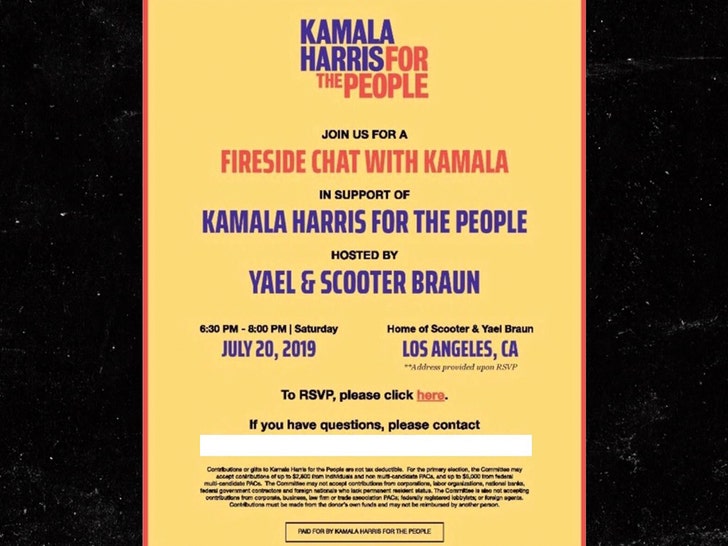 Scooter posted his own photos of the event, where it appears he and Kamala were seated in front of a crowd of people in the backyard of his place, with microphones in each person’s hand. He captioned his pics, “Such as incredible night of supporting our brilliant friend…candidate for President of the United States of America @KamalaHarris.”

He also posted pics of him, Ari and Demi at the shindig, and called them “Fam.”

Now, here’s where things get interesting — beyond the celebs just being there, we mean. Scooter’s feud with Taylor Swift is coming into the picture, and him hosting Kamala appears to have pissed off a lot of her fans, with tons of Swifties calling Kamala and co. sellouts, and some even vowing not to vote for her come primaries.

As you know … Scooter now owns the master recordings to Taylor’s old catalog of music, which she lashed out at him over last month.

Interestingly enough, Taylor seems to have been pretty down with Senator Harris in the past … retweeting her here and there. But, she’s been an even more vocal supporter of one of Kamala’s Democratic rivals … Cory Booker. Taylor shouted him out when he backed the Equality Act in June.

To make matters even more tangled … Booker was out in L.A. this weekend as well, and had his own bundle of stars … like girlfriend Rosario Dawson, Sophia Bush and Tiffany Haddish.