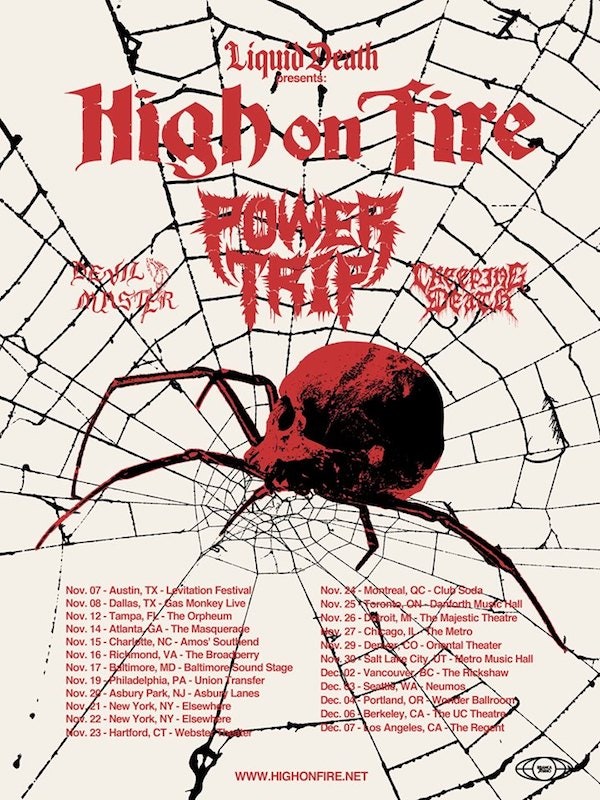 High on Fire and Power Trip have announced a co-headlining tour. The two metal bands hit the road in August and will be playing North American dates until the end of the year. They’ll be joined by Devil Master and Creeping Death. Check out the dates below.

This marks the second time in recent months that High on Fire has rescheduled tour dates. In October 2018, the band pulled out of a scheduled tour with Municipal Waste due to frontman Matt Pike’s diabetes-related medical emergency. After rescheduling their dates in November, High on Fire have once again canceled their upcoming live performances for medical reasons in January.