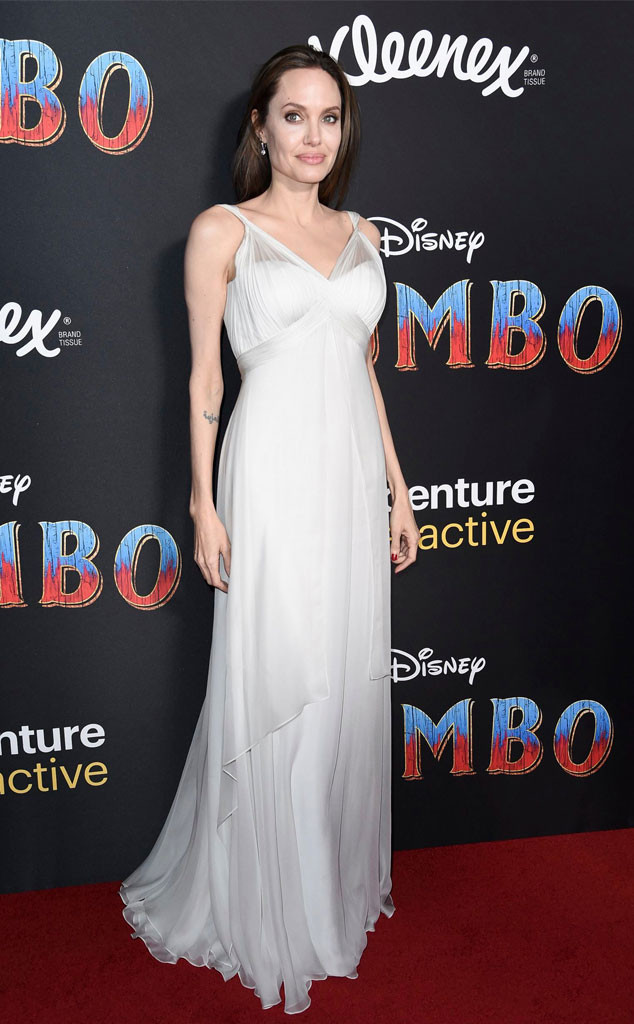 Stop the presses! Angelina Jolie has touched down at 2019 Comic-Con.

After much chatter and rumors swirling around, the 44-year-old actress and director is joining the Marvel universe. With the excitement over Avengers: Endgame and Spider-Man: Far From Home, Disney is planning its next phase of the Marvel cinematic franchise: The Eternals.

And while many had a feeling the legendary star would become part of the Marvel universe, she confirmed the news on Saturday evening at the San Diego convention. She announced her upcoming role for the project, where she will be playing Thena. Previously, many reported she would suit up to play Sersi.

“I’m so excited to be here,” she told the large crowd at the famous Hall H panel at Comic-Con. “I’m gonna work 10 times harder because, I think what it means to be apart of the MCU and what it means to be to part of this family, we know what the task is ahead. We know what you deserve… we are all gonna be working very, very hard.”

“I’m thrilled, thank you so much,” she said, closing her statement.

The film will focus on the beloved comic book characters, who are, according to the IMDb page, “a race of immortal beings who lived on Earth and shaped its history and civilizations.”

The film will be directed by Chloé Zhao. It will hit theaters on Nov. 6, 2020, according to Marvel Entertainment.

Along with her upcoming role in The Eternals, Angelina is working on another exciting Disney project: Maleficent: Mistress of All Evil. Earlier this month, the studio released the highly-anticipated trailer for the sequel.

Of course, she’s back in her iconic get-up, complete with her fierce horns, striking black wings, red lips and enchanting persona. Additionally, Elle Fanning is reprising her role as Princess Aurora, while Michelle Pfeiffer joins the film as Queen Ingrith, Aurora’s soon-to-be mother-in-law.

Chiwetel Ejiofor, Lesley Manville and Ed Skrein will also appear in the sequel.

Maleficent: Mistress of All Evil hits theaters on Oct. 18. Marvel’s upcoming The Eternals is out November 2020.

All in all, it’s good to see Jolie dominate the big screen again.