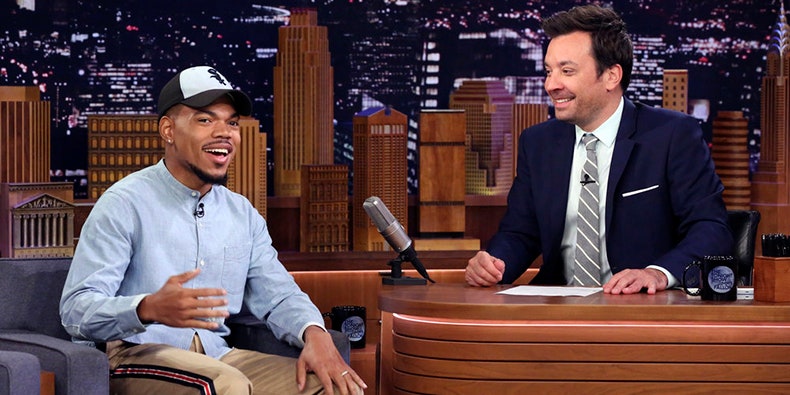 Chance the Rapper sat down with Jimmy Fallon on “The Tonight Show,” and during the chat, he decided to reveal more information about his official debut album. It’s been available for pre-order, but the title and release date were unknown. It’s called The Big Day, and it’s out July 26. Watch the reveal, featuring the album’s artwork, below. The album is the follow-up to 2016’s Coloring Book.