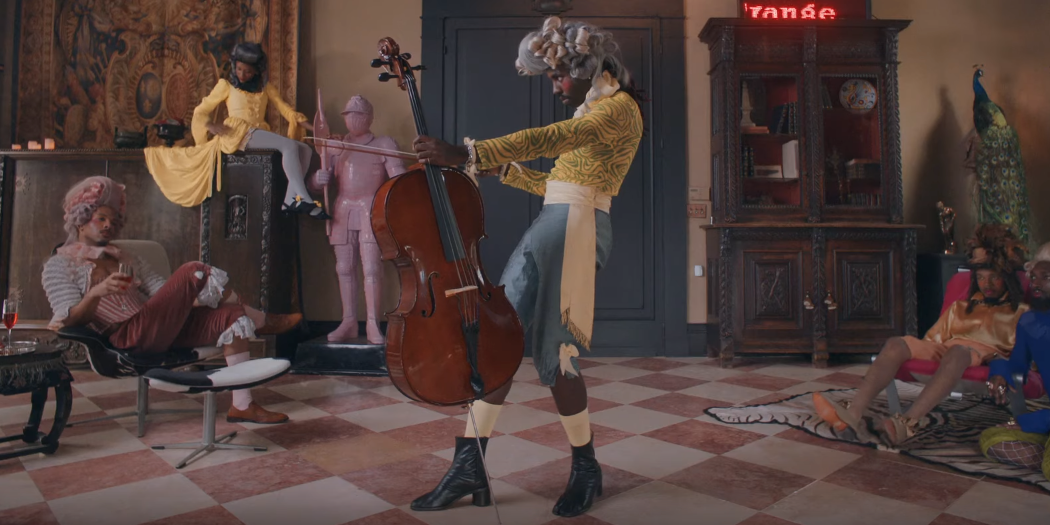 Blood Orange has shared a new video for “Benzo,” from his Angel’s Pulse mixtape. The self-directed clip features Dev Hynes’ frequent collaborator Ian Isiah as a French aristocrat, who summons Hynes to play cello for him and his friends. Watch it happen below.

Angel’s Pulse, which Hynes describes as an “epilogue” to Negro Swan, features Isiah on the tracks “Birmingham” and “Berlin.” Hynes is currently on tour, which includes shows with Tyler, the Creator.