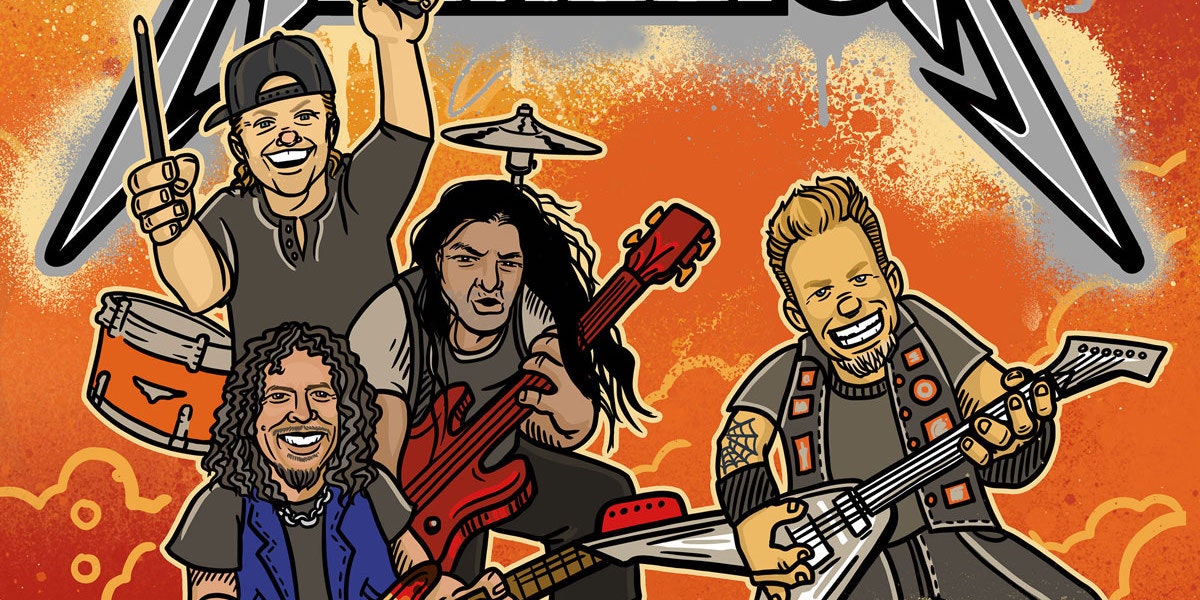 Metallica have announced a new illustrated children’s book. The ABCs of Metallica is co-authored by Howie Abrams, with drawings by Michael “Kaves” McLeer. It is available in stores and digitally November 26. A portion of the proceeds will benefit All Within My Hands, Metallica’s charity foundation that aims to fight hunger and support workforce education in struggling communities. The book is available for pre-order here.

In a statement on their website, the band wrote:

We have a new book coming out and this time it rhymes! We’re having a bit of fun as The ABCs of Metallica hits the shelves and online book stores on November 26, 2019, all for a great cause with a portion of the proceeds benefiting All Within My Hands as we continue to support workforce education and the fight against hunger.

Including rhymes and illustrations, The ABCs of Metallica looks back at the history of the band from, duh, A to Z! Each letter of the alphabet highlights a moment along our journey from Garage Days to Master of Puppets to fun facts about us. The book is co-authored by Howie Abrams (The Merciless Book of Metal Lists, Hip-Hop Alphabet), with illustrations by Michael “Kaves” McLeer, who participated in Metallica’s Obey Your Master exhibit in 2012.

Last year, Metallica unveiled their own brand of whiskey. In September, the group will perform a concert with the San Francisco Symphony titled “S&M2.”

As Sandra Bullock Prepares To Take A Break From Acting, The Star Talks About Feeling ‘So Burnt Out’ From Her Career
Judge in Amber Heard Case Says You Can Appeal Verdict, But It Will Cost You
‘Minions: The Rise Of Gru’ Looks To Lift $150M WW As Summer Box Office Rally Continues
Tom Holland And Other Celebrities Are All Gaga Over Zendaya’s Amazing New Magazine Cover
Ahead Of His Zeus Debut In Thor: Love And Thunder, Russell Crowe Is Joining A Supernatural Thriller