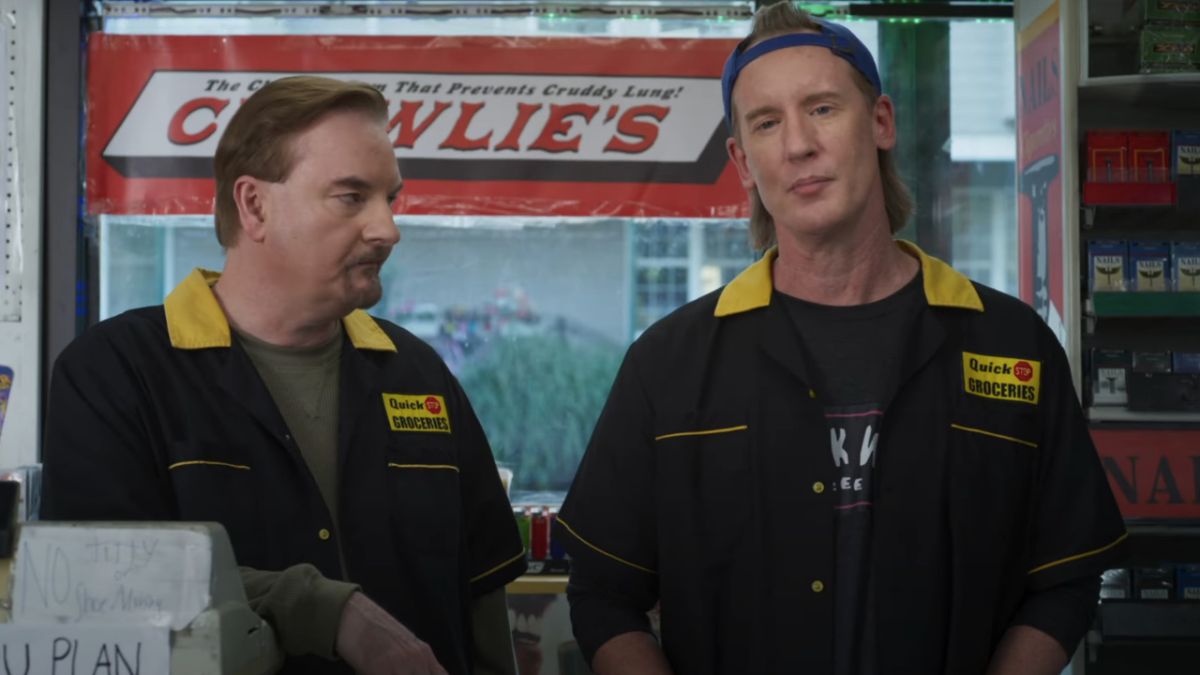 Kevin Smith’s new film is only just out in the world and already the writer/director has a problem with it. Smith has been taking Clerks III around the country with his Convenience Tour, screening it for fans, which means he’s watched the movie himself several times, and he’s found one scene he’s already wishing he’d done differently.

This past weekend the Convenience Tour was in Sacramento, CA and CinemaBlend was in attendance. During the post movie Q&A Smith talked about the scene, where a slew of celebrities appear in a casting montage, trying out for parts for the film being shot within the movie. One of the actors who appears is Smith’s longtime friend Ben Affleck, and the director now wishes he’d asked Affleck to do his scene differently. Smith explained…

In Clerks III Jeff Anderson’s Randal has a heart attack and, feeling like he never accomplished anything in life, makes the decision to make a movie. The film he puts together, based on his own life, is essentially the original Clerks, as originally created by Kevin Smith.

The initial plan is to hire actors to play the fictional parts of Dante and Randal, so a casting call is made. What follows is one of the funnier scenes in the film, with stars like Sarah Michelle Geller, Freddie Prinze Jr., Danny Trejo, and more appear to read memorable lines from the original Clerks. Ben Affleck is one of them, playing a character who calls himself “Boston John.” John is a massive De Niro fan, but Smith wishes he made Affleck do an impression of a mutual friend in Matt Damon, saying…

It’s hard to argue that such a scene would have been pretty funny. Matt Damon has also appeared in a few Kevin Smith films, and Smith actually co-produced Good Will Hunting, so it would have been an in-joke on several different meta levels. The scene with Affleck is still good, but yeah, maybe it could have been better.

If you’re a fan of Kevin Smith’s View Askewnaverse, there is plenty to love in Clerks III, and a lot of fun to be had in the Convenience Tour if it hasn’t made its way to your city yet.