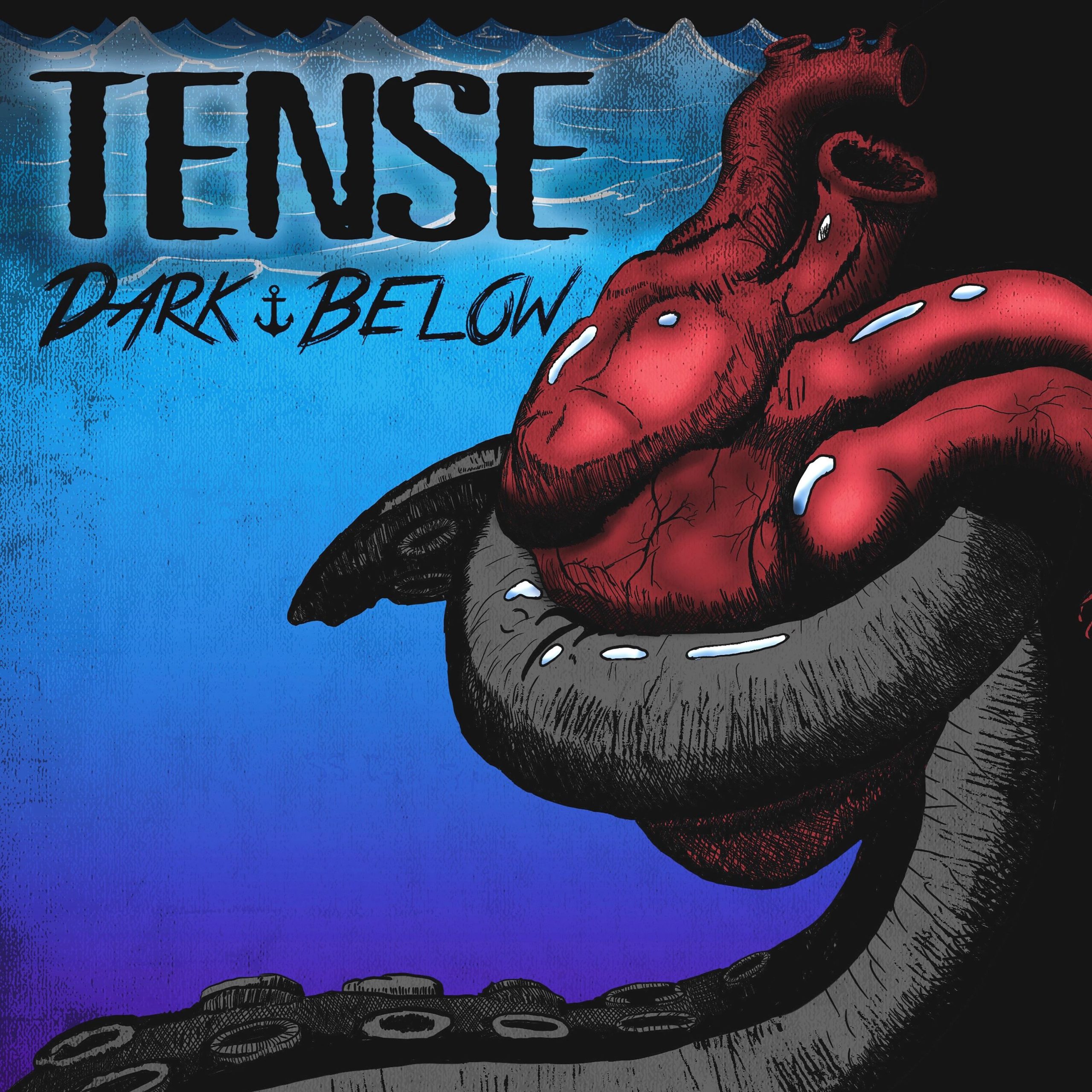 In quality rock, it all starts with the way the players address production. If there’s a good handle on what they want to make and the story they want to form out of the music they’re recording, there’s a strong chance that what we hear is going to be appealing, but those who choose to cut corners face an uphill battle that isn’t about to do any band or artist any favors. Dark Below has a good sense of both of these facts in their new single and music video “Tense,” and although they’re a rock n’ roll band, they show off an ability to capture the finer parts of pop in this release that is something to behold no matter how you look at it.

Buoyancy in this groove is very attractive and one of the first elements that caught the attention of my ears, and I don’t think it’s being artificially created for this mix. There’s a lot of natural movement from the rhythm of the drums that isn’t being removed from the track just so we can hear some plasticized hook at its most efficient. If anything, it’s clear to me that Dark Below wasn’t even theorizing about the smaller details of their sound – they just want to get it down for us, which is nobler than the standard calls for.

There’s no war between the guitar and the vocal over which element is going to run the show on the ground in “Tense,” but instead a lot of symmetry between these two attributes that literally creates a centerpiece for the song before we reach the halfway mark. Dark Below could have done something more streamlined, but the straight-shooting formula they’re already working out in this song is good enough for what I’m looking for out of an alternative rock release right now.

The best part about these lyrics is perhaps that they aren’t being shoved into the instrumentation, which is all too common among bands that have as much to say as Dark Below does in this song. Our vocalist is stepping back from the microphone to give the song just a little more panache on the instrumental front, and this in turn leads to a more natural finish that highlights the passion in every part of the track. To me, this is another spot where the band is outdoing themselves, essentially.

Preserving melodicism in what has been a rough and tumble time for the American underground doesn’t sound like a task most of the acts I’ve been following would be able to undertake with any degree of success in 2022, but from the looks of what is in “Tense, Dark Below sound like they’re up to the challenge. There’s still a lot that I want to find out about this band, but as of this moment – and thanks to what they’ve been able to do just with this single – there’s no arguing over whether or not they deserve all of the buzz they’re generating here.