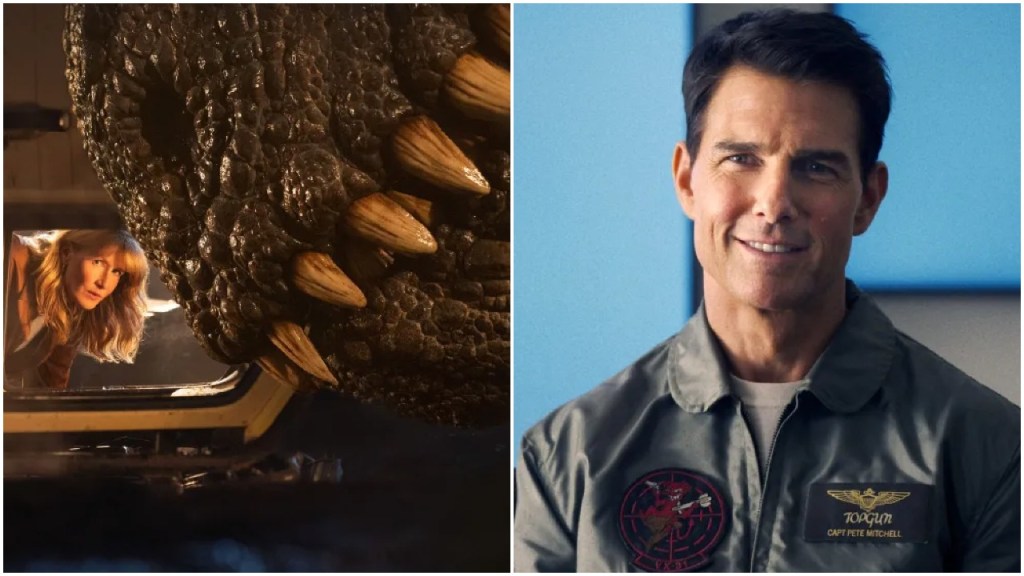 Top Gun 2 blasts past Disney/Marvel’s Doctor Strange in the Multiverse of Madness, which through yesterday stands at $398.7M. That Sam Raimi directed movie recently briefly overtook The Batman ($369.3M) as the highest grossing movie of 2022. The MCU sequel has been in release for 39 days or six weekends.

Top Gun 2 ranked second yesterday with $6.6M, off 62% from Sunday. As Nancy mentioned earlier, the Tom Cruise movie is bound for a billion. The pic will become Cruise’s overall top grossing film of his career, beating Mission: Impossible – Fallout ($791.6M)

Universal/Amblin’s Jurassic World Dominion, natch, led Monday with $12.7M, -67% from Sunday, sending its four-day total to $157.7M. Among Mondays in June, that’s way down the list, however, no exhibitor is going to turn its nose up to a double digit million dollar Monday. Among, the last three Jurassics in June, Dominion‘s Monday ranks third behind 2015’s Jurassic World ($25.3M on June 15, 2015) and 2018’s Jurassic World: Fallen Kingdom ($14.7M on June 25, 2018). Through its first four days and previews, Dominion‘s domestic box office is pacing 3% behind Fallen Kingdom‘s at the same point in time.

The Colin Trevorrow directed sequel is expected to ease -58% in weekend 2 against Disney/Pixar’s Lightyear with around $61M.