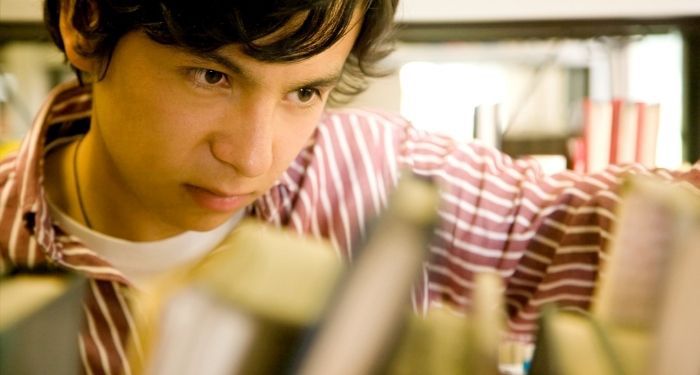 I’ve written a lot about my love of my local library in the past. And by past, I am of course referring to a past life. I wrote about my belief that nothing very bad can happen to you while you’re at the library, and even included it on a list of tips of “how to read more” that I’m honestly convinced was written by somebody else.

I can’t speak for everyone, but my 2019 self is both unrecognizable to me now and someone I did not long to return to during the worst parts of pandemic lockdowns. One of my first pieces of writing in the pandemic era was about how much I missed the library, but it was never really the library itself that I missed. Sure, I definitely missed its quiet and calming atmosphere that most bookworms revel in, but what I was missing was the extent to which I used to use the library as a shield for all my problems — a version of myself where I had become entwined in a loop of near-constant burnout and anxiety and someone who was seldom ever actually happy. Having the library as a place to sit and read on my few days off always provided that sense of calm I was searching for, until I didn’t have that place anymore.

If there was one thing only leaving the house for walks and my few shifts at a part-time job for 18 months taught me, it was my over reliance on things outside of me to control and distract from the ugly feelings I felt inside. (If only I could’ve gone back to my former self and told them about the storm of negative emotions and events that were brewing on the horizon, but that’s a separate issue.) Somewhere between the time I started going to the library at least once a week in high school as a method of reprieve from a noisy world and the time when I was an overworked and perpetually anxious university student, I started using the library to soak every last bit of its once-calming atmosphere to fill the void inside me. Sometimes it worked, but few things outside of legitimate treatment are ever going to soothe anxieties that expansive.

All of this to say, by the time that sitting and reading at the library started to become a bit of a reality again, I had spent over two years unlearning toxic coping mechanisms from the past, mostly because the pandemic revoked my access to them. But because I had spent so much time on this emotional homework, I had a bit of a fear of returning to the library to just sit and read. The very last time I had done that, in February 2020, was at a particularly low point mental health-wise, which is what has caused most post-lockdown activities to trigger a bit of a trauma response in me — on top of the regular pandemic PTSD most of us are still grappling with.

But mostly, I had forgotten what most leisure activities felt like pre-pandemic. Truly forgotten, like that scene in The Proposal when Sandra Bullock hijacks the boat after being bombarded with the memory of what it was like to have someone look out for you: “I forgot, okay? I forgot what it was like to have a family.” I forgot what it was like to be in public without the constant worry of a still-spreading, unforeseen virus. But at a certain point, the Band-Aid must be ripped off within reason and at your own pace. For me, that was going to the library to sit and read for the first time in two years, and the first time maybe ever without using the activity as a way to subconsciously refuse confronting myself.

Today In Books Newsletter
Sign up to Today In Books to receive daily news and miscellany from the world of books.
Thank you for signing up! Keep an eye on your inbox.

Not only did the sky not fall, but I actually felt… relaxed? As in, the very reason I started going to the library regularly in the first place over a decade ago, because it relaxed me? It hadn’t felt that way in so long, having gotten caught up in using the place to escape the stress of my college and university years, and the mounting realities of adult life. Maybe it was because I’d had a two-year break from the activity, or maybe it was because I did in fact seek further treatment for my mental health issues, but the library was no longer the monster I’d made it out to be and I don’t want to make it again.

I’m reminded of what Jennifer Lawrence tells Bradley Cooper in Silver Linings Playbook about his wedding song that turned into an intrusive thought to torture him (relatable): “It’s a song. Don’t make it a monster.” That’s my outlook on returning to leisure activities now that once sparked joy so that they are able to continue sparking joy: don’t make it a monster. Especially the library. It deserves better than that.

This Viral Glass Bag Is Waiting for You on Amazon
Judge in Amber Heard Case Says You Can Appeal Verdict, But It Will Cost You
Rage Against the Machine Donating Ticket Sales to Reproductive Rights Organizations
Channing Crowder Regrets Ciara Comments, But Says Russell Wilson’s Still A ‘Square’
Paul McCartney Brought Johnny Depp Footage Into His Glastonbury Set, But Fans Were Really Excited About One Touching John Lennon Moment