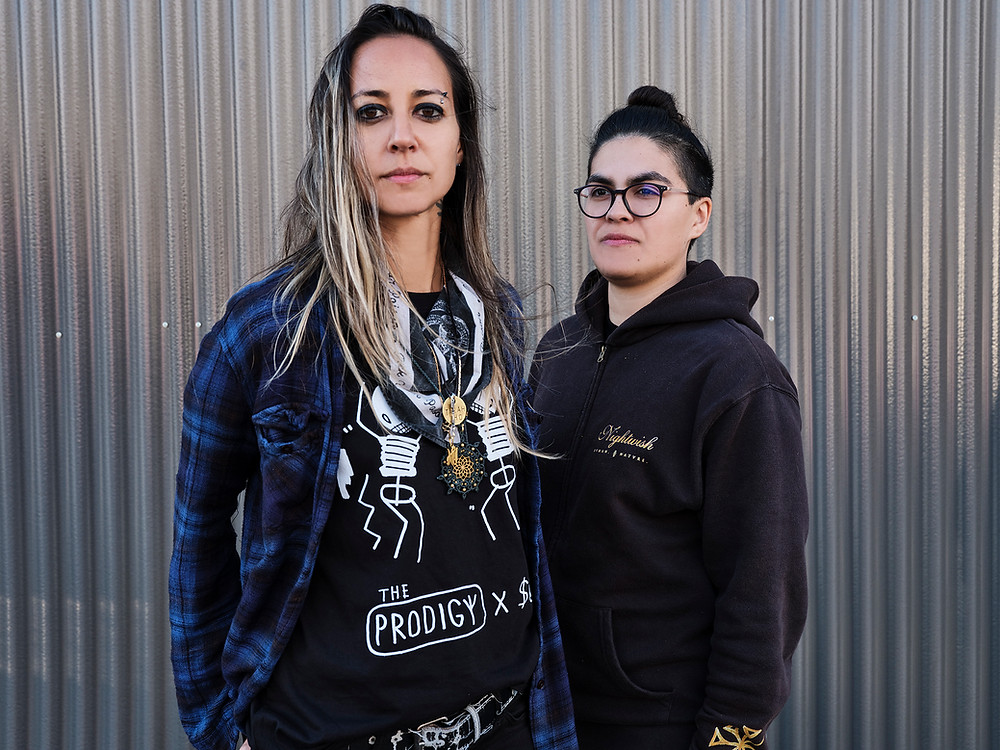 With their current single clocking in at exactly 120 seconds, Tarah Who?, won’t be mistaken for Tool anytime soon. “Asian Blood” might suggest subject matter of a stereotypical nature, but it’s actually inspired by our relationship with the process of aging. For Tarah Who?, aging is examined from a female perspective, as they are a duo comprised of women. Their unique brand of punk, garage rock, and benign elements of hardcore, make them something of an anomaly. With “Asian Blood,” the ladies unapologetically discard any preconceived notions by charging ahead at full steam.

Based out of Los Angeles, Tarah Who? is no stranger to the politics of cosmetics. As a result, “Asian Blood” is something of a direct response to their notoriously superficial surroundings. Of course, hidden beneath their defiance is the natural human response to our individual relationship with our own vanity. The fact that so many serious themes are squeezed into a two minute track is quite impressive. Tarah Who? juggle self-awareness and irreverence with remarkable temperance.

Anyone familiar with early L7, or Bikini Kill, will immediately hear the influence of both groups on “Asian Blood.” A group like Tarah Who? encapsulates such an assortment of energy, but intellectual exasperation is the most predominant. The transparency of this track is jarring initially, but that quickly fades when you find yourself absorbed by the caustic rage of it all. The sort of honesty that Tarah Who? goes for on “Asian Blood” is both risky and admirable. By the time the song has concluded, not only do you empathize with Tarah Who?, but you are fervently rooting for them.

Lyrically, “Asian Blood” is about as blunt as it gets. Additionally, Tarah Who? doesn’t bothering adhering to that old trope of rhyming words. Strange feeling that fear of getting old/It’s not the wrinkles I’m so scared of/I’ve been blessed by Asian Blood/But where is time going? The band rails against erroneously placed pressure from the industry, but also the looming presence of their own self-doubt. It’s a complex offering inside a rather simple or even crude packaging.

It’s a veritable who’s who when it comes to the production on this track. Jason Orme, whose previous clientele includes Alanis Morrisette, co-produced the single. “Asian Blood,” was mixed by Norm Block, who somewhat fittingly has worked with L7 in the past. And the song was mastered by Jesse Cannon who has an A-list pedigree, including names such as The Cure. There is no absence of credibility here, and to their credit, Tarah Who? delivers.

It’s actually somewhat uncommon for an artist to be as revealingly honest as they are with “Asian Blood.” We often have fears and insecurities that few other than the ones closest to us are ever aware of. Tarah Who? have opened themselves up to be dissected and possibly even judged on this track. In doing so, they have also captured the essence of what can make music so effective in cleansing and healing. “Asian Blood” is now available on all platforms.