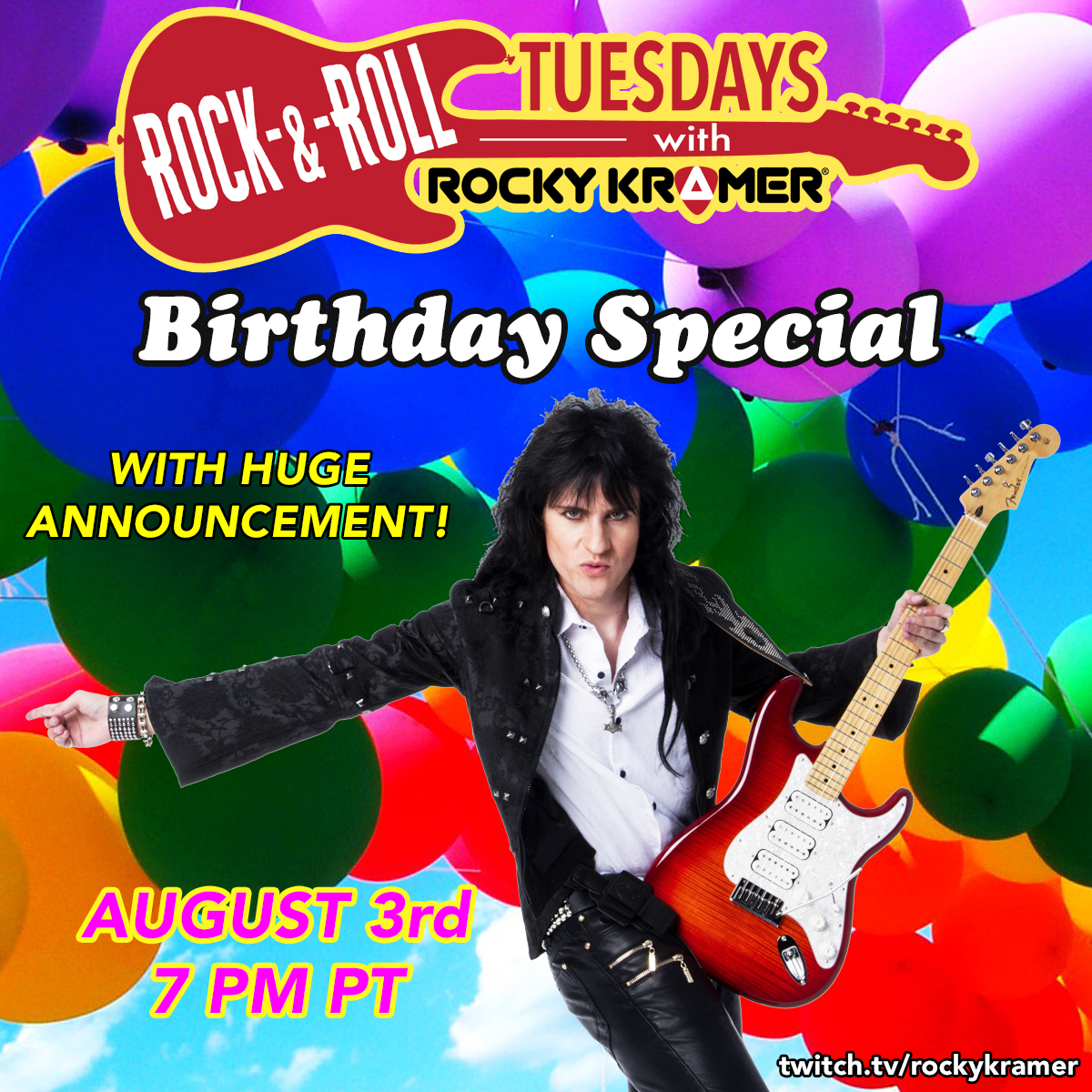 Rocky Kramer will be hosting “Birthday Special With HUGE ANNOUNCEMENT” on this week’s Rock & Roll Tuesdays Show on Twitch. Tune into Twitch on Tuesday, August 3rd, at 7 PM PT for this amazing show. 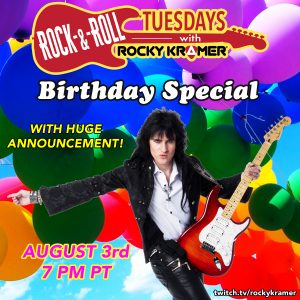 The official website for Rock Kramer may be found at http://www.RockyKramer.com