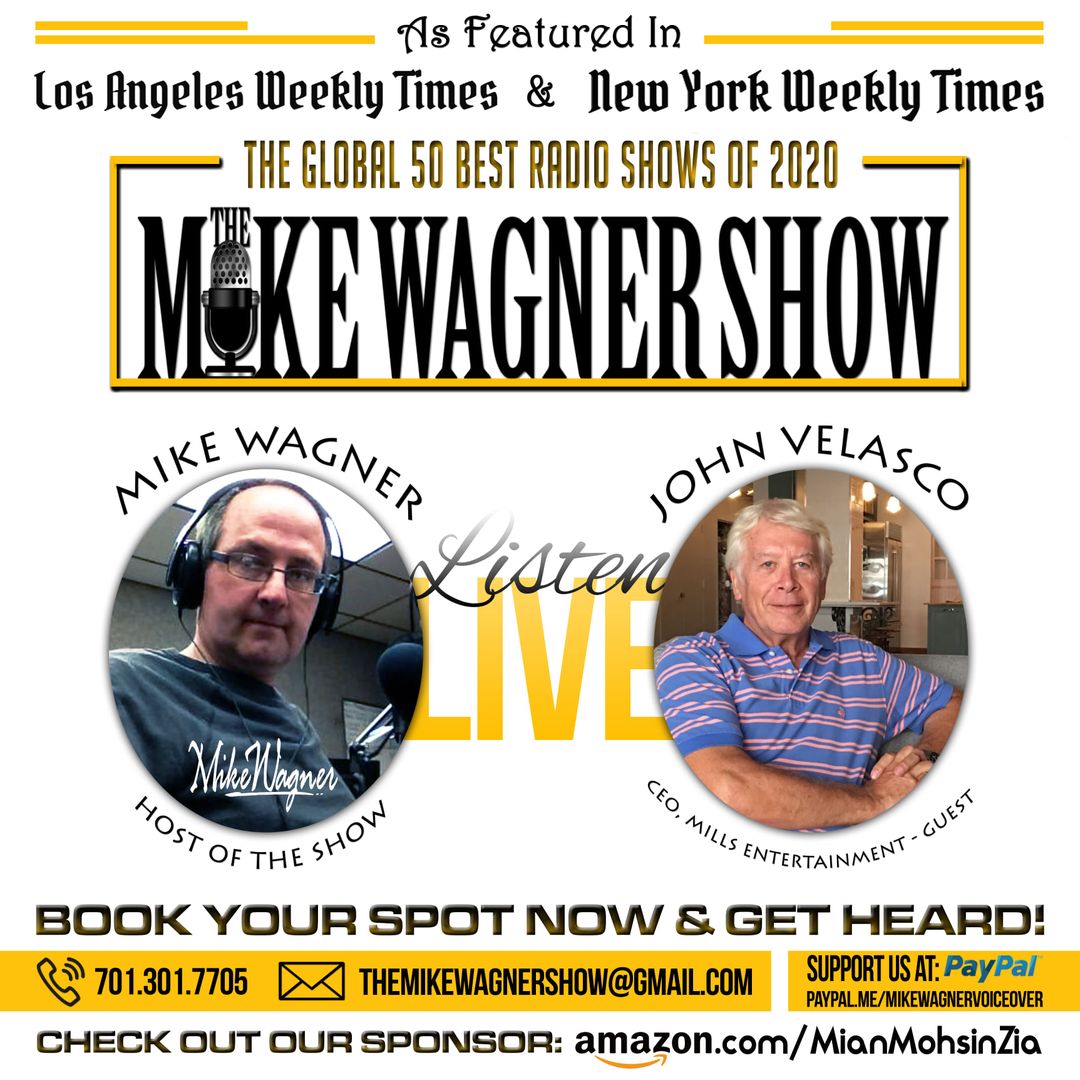 Seasoned entertainment maestro John Velasco has celebrated a unicorn marathon in one of the toughest industries where the world shifts and the climate changes there is no holy passport for protection. Considered and respected as one of the best in the industry, Velasco continues giving voice to words unsaid.

He began his distinguished career at a young age as stage manager at the Theatre Royal in London. Realizing this was not exactly the path set out for him, he approached a leading PR firm and became a rep for Theo Cowan. It was there he worked with icons including Judi Dench, Sammy Davis Jr., Peter Sellers, Joan Collins and many others. The same time brought about an introduction to songwriter Jimmy Webb. Working together, they created Canopy Records in 1965.

There he assembled relationships with legends including Tony Orlando, Richard Harris, Thelma Houston, the 5th Dimension and others. Desiring to extend his talents to the wider world, he joined the management group, Worldwide Artists, which later became Hemdale, and formed their publishing arm, where he signed “Yes”, “Gentle Giant” and “ Black Sabbath.” This was followed by an offer to head UK’s E.H. Morris publishing company who not only controlled writers but theatrical shows including “Grease”, and “Hello Dolly” which were signed as well as writers including Scott English and the team of Vanda and Young, adding to their musical catalog.

Going into the 70’s John found himself carrying his purpose wherever it was needed, as he was appointed head of United Artists Music UK where he signed ABBA, ELO, as well as acquiring major catalogs and producing music based TV programs including the first BBC musical film “Demolition Man.” After the company was sold, John created the UK division of a new music publishing house for Bertelsmann, Interworld now BMG. Together with friend and mentor Michael Stewart, they acquired top writers including Hall & Oates, while managing superstar Tina Turner.

Realizing that without risk there is no possibility of a prize, John decided it was time to embrace his accomplishments and go out on his own and open his own consultation and music company. Over the next six years he represented or managed Marvin Gaye, Davey Jones, John Denver, Tom Paxton, Tommy voice, how they would as well as producing albums and soundtracks for Disney and American Greetings. He assisted Parker Brothers and Those Characters From Cleveland in their integration into the European entertainment market producing and publishing companies throughout Europe, with projects including “The Care Bears” and “Cabbage Patch Kids.”

Once again John had an opportunity to work with Michael Stewart in 1985 for CBS Songs and was appointed as Vice President. This caused John to relocate to New York City where he worked on the Michael Jackson purchase of the Beatles catalog and he restored the classic MGM catalog of music masters where he released the series worldwide.

Finally, John grew tired of the corporate world and in 1988 he collaborated with friend, the late Joe Raposo (songwriter and cocreator of Sesame Street), managing his extensive publishing including the Sesame Street songs catalog. The two together became MIP and represented Sesame Street records while signing major licenses with DC comics, Marvel, Archie, and Care Bears. He also produced many audio products including Barbie, Batman and Superman and became executive producer of the Sesame Street Record series. John was also appointed VP of Acquisitions for Ten Strike/Songpress and was the executive producer of the DVD series of American Idol.

In 2016 John produced the sold out “Leadbelly Fest” at Carnegie Hall and was music supervisor on the award winning movie “Leaves of the Trees” and “ Back In the Day” with Alec Baldwin and Danny Glover.

As 2017 ushered in, he created the music and entertainment division and consulted with “Moondog” a leading commercial post and production house. He soon joined with “Moondog” owner Pete Kasko and together they inaugurated MD25 Entertainment, which is currently a vast and well-rounded company fulfilling virtually any role in the entertainment field from creation through production and post to final distribution. MD25 has a partnership deal with BMG Rights Management.

Most recently John and MD25 Is working with John (SohoJohnny) Pasquale in a consultation capacity in an exciting new entertainment industry adventure. Like the fresh new ticking of a clock once stopped, Velasco is creating a new and vibrant entertainment company. The company already includes two new record labels and has organization of a publishing company through his partnership-with BMG. He is also building a social media platform for entertainment, streaming shows and providing a complete experience.

John has just come off of producing and organizing a 6 hour, Star-Studded benefit extravaganza for the “Let Me Help, Inc Foundation which Included artists such as Sir Patrick Stewart, Rick Wakeman, Julian Lennon, Sharon and Ozzy Osbourne, AniMaze X, Jeff Goldblum, Leland Sklar, Tommy James, Fred Schneider, Jane Lynch, Slash, and about 65 other icons. The event was a claimed as one of the 10 best shows of 2020.

John Velasco has been dubbed the most well-respected music publisher on the planet.

Mike Wagner is a 30+ year broadcasting veteran interviewing the most interesting guests from celebrities, actors, singers, writers to the most interesting people today! Mike is currently a weekend host on KFYR radio in Bismarck, North Dakota playing the greatest songs of all time every Saturday from 6-10a and Sundays from 2-6p Central time. Tune in to KFYR AM 550, KFYR.com, 99.7 FM, and iHeart Radio. You can also listen to the Mike Wagner Show on Soundcloud, Spreaker, Anchor FM and Spotify.

Listen to John Velasco on The Mike Wagner Show here:

The official website for The Mike Wagner Show may be found at http://www.TheMikeWagnerShow.com

Christine and the Queens Shares New Song “Je te vois enfin”
Rage Against the Machine Donating Ticket Sales to Reproductive Rights Organizations
Judge in Amber Heard Case Says You Can Appeal Verdict, But It Will Cost You
‘Titanic’: Remastered Version Set For Theatrical Release In Time For Valentine’s Day 2023
Wicked’s Songwriter Explains Why Jon M. Chu’s Adaptation Had To Be Two Movies, And He May Have Given Away Where Part 1 Ends