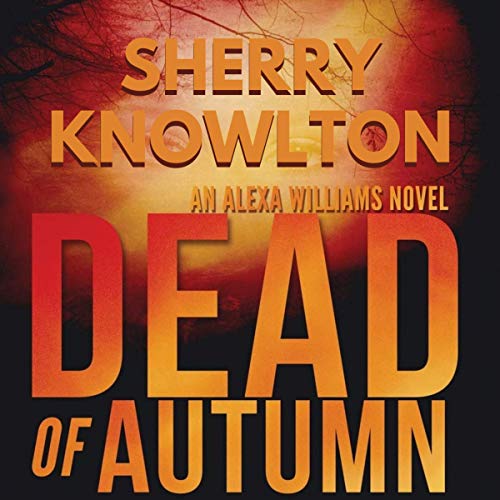 Alexa Williams is a successful lawyer, volunteers weekly at a women’s clinic, and has a sexy weekend boyfriend – not to mention an endearing best friend in her giant English mastiff, Scout. But one autumn day, when Scout takes off into the Pennsylvania woods, Alexa discovers a nightmare she’d never imagined. From that fateful day, Alexa becomes entangled in a murder mystery – one that she tries to unravel by linking it to experiences and symbols in her own life.

Dewilla Noakes, a child of the Depression, has recently lost her mother. Her father packs up the girls – and their attractive cousin Winnie – and hits the road to look for a job on the East Coast. Along the way, money becomes tighter, food becomes scarcer, and relationships become strained. Dewilla’s father fears he’s failing his daughters. Running out of options, he begins to consider the unthinkable to end the misery he’s brought upon his family….

Alexa soon finds herself amid violence aimed at the clinic where she volunteers, brought on by pro-life extremists. In a bizarre turn of events, she’s almost raped, ambushed by religious zealots who wish to convert her, then taken by surprise as another romance enters her life. Plus, she seems to be seeing quite a lot of the local law enforcement these days.

No matter what else happens in her life, Alexa can’t shake feeling some sort of connection to the mysterious murder victim. She thinks back to the stories she heard as a child, about the Babes in the Woods, who were murdered close to where the victim’s body was found, wondering if that might be why she draws the connection. But when the murderer strikes again, Alexa must rely on her knowledge of local history and terrain in order to save her own life.

“Dead of Autumn” ties together the struggles faced by females, young and old, past and present, and the degrees of power they embrace to combat their situations.
Beacon Audiobooks has just released “Dead of Autumn: An Alexa Williams Novel” written by author Sherry Knowlton and narrated by Julie John. Download your copy on Audible today:

The official website for Beacon Audiobooks may be found at http://www.beaconaudiobooks.com