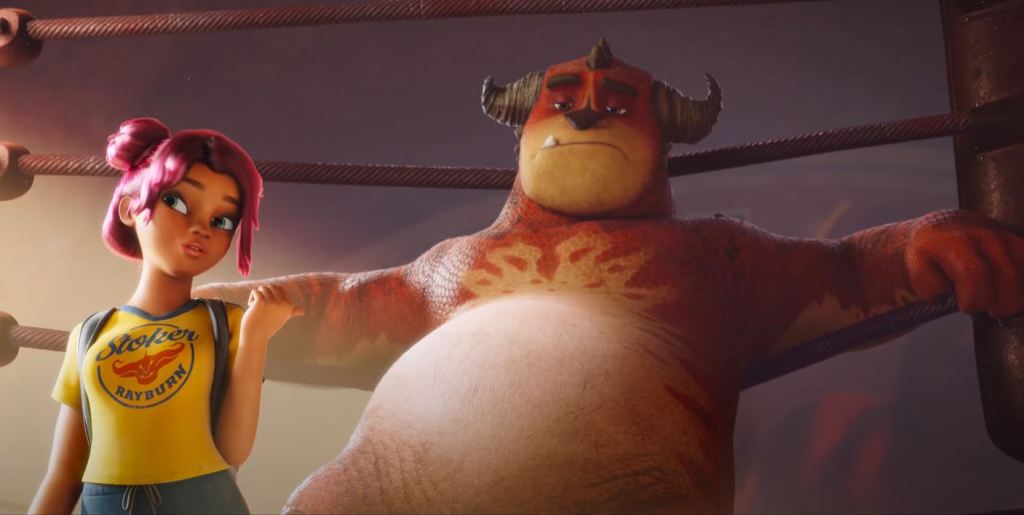 Paramount has shifted the release date of its animated feature Rumble to May 14, 2021, pushing it further back from its previous January 19, 2021 date.

Paramount Animation and WWE Studios are teaming on the pic, which is directed by Hamish Grieve and originally was slated for a summer 2020 bow before the exhibition business shut down because of the coronavirus pandemic. Now it returns to its (in normal times) original early-summer-box-office slot, only a year later.

The story, written by Grieve and Matt Lieberman based on the graphic novel by Rob Harrel, is set in a world where monster wrestling is a global sport and monsters are superstar athletes. It follows Winnie (Hala‘s Geraldine Viswanathan), who seeks to follow in her father’s footsteps by coaching a loveable underdog monster (Will Arnett) into a wrestling champion.

Miles Teller Responds To The Viral Love For His Top Gun: Maverick Mustache, Hilariously Reveals One Person Who Isn’t A Fan
One of Nordstrom’s Best-Selling Bras Is Majorly Discounted for the Nordstrom Anniversary Sale
Laura Dern Had To Remind Jeff Goldblum Why He Was So Shirtless And Sweaty In Iconic Jurassic Park Scene
Blake Horstmann and Giannina Gibelli Go Instagram Official, Finally Confirm “Secret” Romance
Book Riot’s Deals of the Day for June 25, 2022