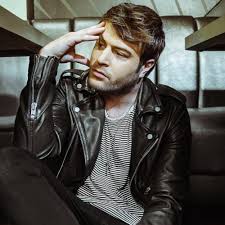 There’s nothing quite like a buoyant pop beat on a hot summer day, and that’s exactly what you’ll get in Little Hurt’s new single “Alaska,” out everywhere quality indie rock is sold and streamed this July. A structural tribute to the old school that lacks any of the so-called “throwback” qualities that tend to prevent similarly-stylized content from making it into the spotlight, “Alaska” doesn’t waste time grabbing us by the chest with its heady lyrical sting. Little Hurt is out to make a big impression here, and for this critic, he scores a homerun with his harmonies right from the jump.

The arrangement of the instrumentation in “Alaska” isn’t sophisticated at all, but that’s perhaps the greatest charm it has going for it. The strings ride atop the percussive element gently, straddling the beat but never shaping the direction of the groove. The bassline is buried so deep in the mix that there are moments when it seems like it doesn’t exist, but this doesn’t lead to any overcompensation from the other components of the song. Little Hurt isn’t trying to overstate a theme, and I get the feeling he’s definitely trying to avoid the muscly sound of a bass-heavy pop hook here.

I really love the joint sway of the strings and the vocal, and to some degree I think this feature is what defines the easygoing nature of the lyrics more than anything else in the track possibly could have. In putting as much of his own presence behind the beat instead of ahead of it, Dieden isn’t just preventing “Alaska” from sounding like a stereotypical hipster pop tune – he’s actually giving the song its own identity and providing it a danceable angle that simply would not have existed within its three minutes of play otherwise.

The music video for “Alaska” is ambitious within reason, and by this I don’t mean that it’s somehow conservatively-fashioned in an effort to hide some of Little Hurt’s shortcomings from a wider audience. There’s nothing good about a piece of material that’s been overthought by its creator, and with this release, it’s obvious that Dieden wasn’t looking to put too much detail into the finish if for no other reason than to make the simplicity of the harmony the center of attention. It’s 1-2-3 pop/rock if I’ve ever heard it before, but not missing any of the allure that a more elaborate offering would have.

I’ve been hearing a lot of good things about Little Hurt lately, and after getting into “Alaska” this month, I can understand what all of the fuss has been about for certain. Colin Dieden is embarking on a new journey as a solo artist, but he sounds a lot more comfortable in this position than a lot of other players in similar circumstances have. He’s got a tremendous amount of freedom to record and do whatever he wants professionally, but as of this specific moment in time, I don’t think he should change anything about his creative trajectory.

PEN15 Is as Awkward as Ever in the Season 2 Trailer
‘Tenet’ China Release Set For September 4; ‘Inception’ Reissue To Hit A Week Prior
45 Foolproof Gifts For Guys
Book Riot’s Deals of the Day for August 7, 2020
So, Uhhhh, Is The Bachelorette Replacing Clare Crawley With Tayshia Adams?