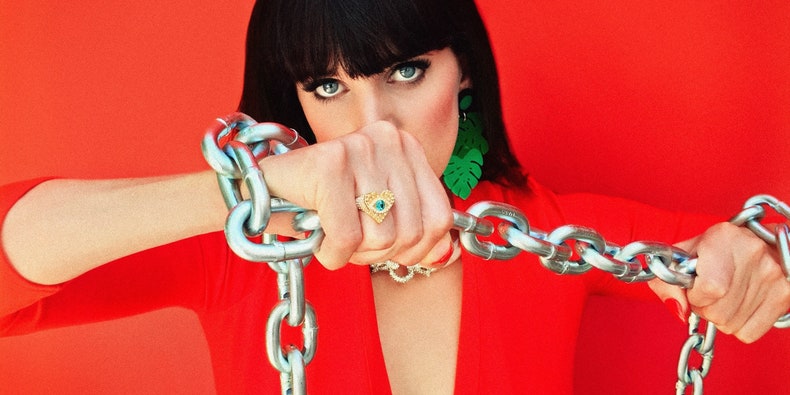 Over a decade after their 2009 debut album II, Desire—the project fronted by Megan Louise—have announced their second album. It’s called Escape, and it arrives this summer via Italians Do It Better. The album was produced by Johnny Jewel. Check out the tracklist in the Instagram post below. Check out the Johnny Jewel-directed video for the title track below.

“Megan Louise sings tales of love & lust cloaked in an analog sheen,” Italians Do It Better’s album description reads. “Shrouded in a cinematic haze. Throbbing with violent rhythm. Fresh Blood for the new you.”

Why New Mutants Fans Should Be Excited For The Movie’s Opening Credits
President Trump Speaks on George Floyd, Says Justice Will Be Served
The Best Feel-Good Shows to Binge-Watch on Netflix, Amazon, Disney+, and Hulu Right Now
Top 10 Things We DON’T Want in Assassin’s Creed Valhalla
Mike and Ryan Will Feel the Effects of Coronavirus on Last Man Standing Season 9