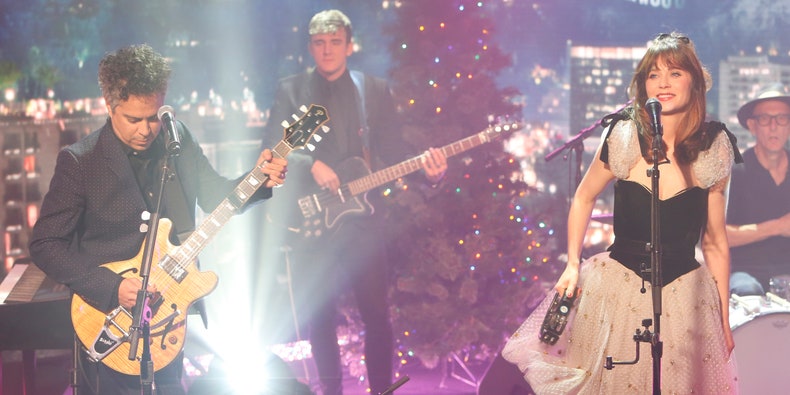 She & Him, the duo of Zooey Deschanel and M. Ward, are in the middle of their Very She & Him Christmas Party tour, and, as they begin a leg of dates in California, they stopped by Jimmy Kimmel Live!. On last night’s episode, they performed “Christmas Day” from their 2016 record Christmas Party. Watch it happen below.

She & Him have released two Christmas albums: 2011’s A Very She & Him Christmas and Christmas Party. M. Ward is releasing a new album next year.

Read Pitchfork’s list of “The 50 Best Holiday Songs of All Time.”

Men in Pink Suits Ruled the Grammys Red Carpet
Book Riot’s Deals of the Day for January 25, 2020
Irresistible Trailer #1 (2020) | Movieclips Trailers
Feel Good Friday: This Week’s Stories That Will Melt Your Heart
Kim Kardashian West’s SKIMS Shapewear Is Coming to a Nordstrom Near You